Despite coming of age in a time of unprecedented environmental, economic, and technological collective anxiety, Gen Z appears to be responding by living more freely and unapologetically than the generations before them. In this vein, Scum Boy offers a remarkable level of self-expression and self-acceptance that brings much needed hope to a grim future. 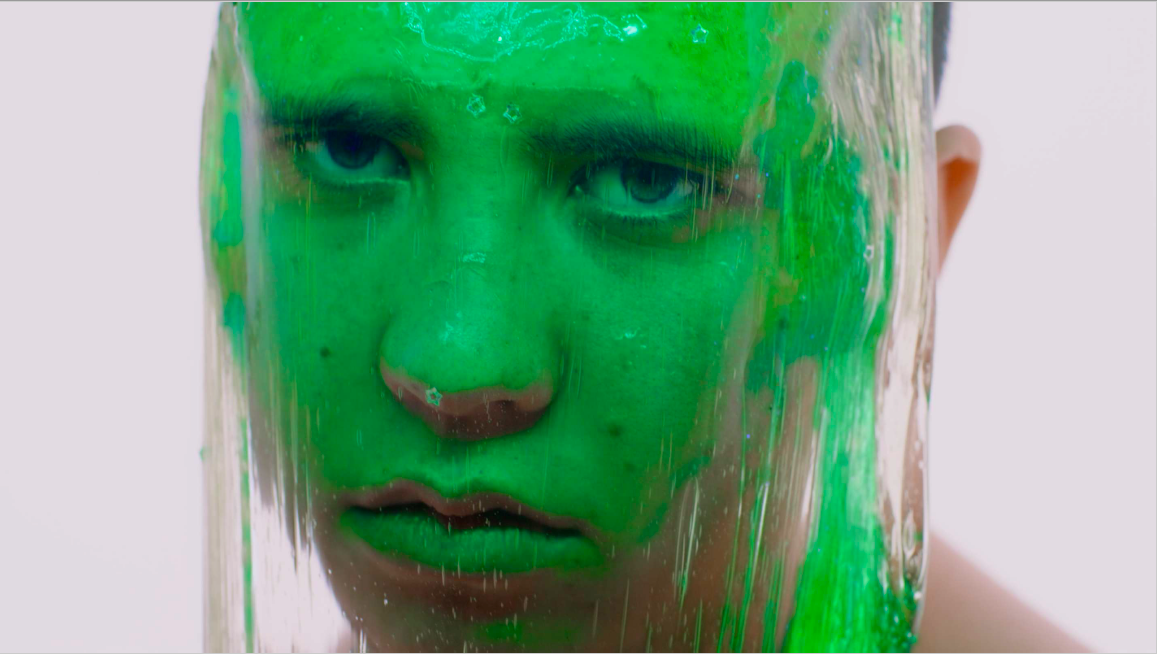 With the rapid rise of social media, Gen-Z voices of every variety have promptly gained influence and demanded attention across the world but it can often feel impossible for anyone over the age of 25 to understand what’s going on behind their hot takes and weird art. This film serves as a love letter from a dauntless generation defined by its unparalleled sense of self awareness and acceptance (across many overlapping and often contradictory identities, beliefs, and values), as well as a remarkable understanding of and connectedness to the world around them. These pacesetters somehow thrive in the face of a climate crisis, economic recession, water scarcity, job insecurity, and now even a global pandemic.

Enter Scum Boy, a quintessential Gen Z artist whose views reflect a mind filled with sex, satire, and strangeness. Using his art as the entry point, this film takes a deep dive into the world of someone who is navigating a series of converging transitions: gender transition, transitioning to adulthood and independence, learning to take himself seriously as an artist, and developing his unique voice to accurately reflect his values. All this as a classic, innocent Gen Z dating app romance progresses into a mature, committed relationship against a shared religious backdrop.

"a quintessential Gen-Z artist whose views reflect a mind filled with sex, satire, and strangeness"

Scum Boy speaks in off-the-cuff one liners that are brilliant, accessible, and sincere. His narration drives this story accompanied by symbolic and cohesive visual cues. Using animated renders of his work, slick and gorgeous experimental studio set ups, and intimate at-home footage we get the full spectrum of his world inside and out.

In true Gen-Z form, Scum Boy offers a remarkable level of self-expression and self-acceptance that brings much needed hope to a grim future. The artist, the lover, the trans man, the joker, the flirt, the battle-scarred (and tattooed), the sweetheart; Scum Boy is a wholly unique character but his struggles and views are representative of a wider generational narrative that’s well-worth learning from.

The film won best short documentary at the IMDB Independent Shorts Awards in Los Angeles, and has been selected to screen at Shorts On Tap in London.

Produced by The Swank Group

HEAVY ROTATION: MUZI ON THE INSPIRATION BEHIND HIS NEW EP AND OVERCOMING THE FEAR OF FAILURE

Heavy Rotation catches up with SA's critically-acclaimed music producer, they hit the record store and grab a cheeky Nandos.

There's a pandemic outside, what else would you rather be doing?