“We have so much to say, and are free to do so” says Thapelo Masebe — the man behind the concept and photography. “The fact that we are able to create in an era where the internet exists strips away the narrow and exclusive nature of what would, and was previously considered 'art'. It serves as a hub for new mediums and forms of art to not only exist, but to thrive". 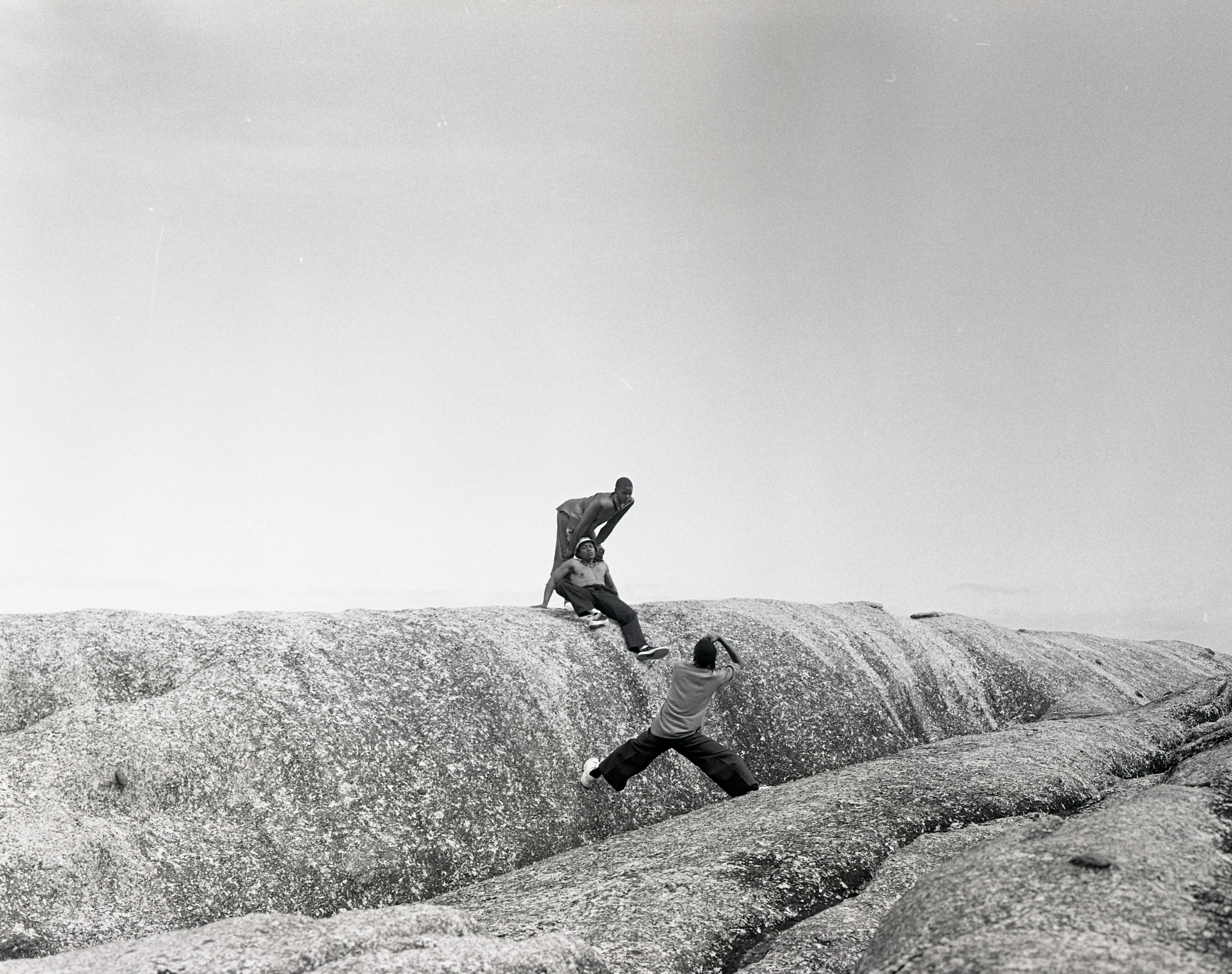 So talk me through these photographs, what were you trying to achieve?

I wanted to tell a story, about being a creative in South Africa and in the world. How creatives exist in this age. So I got models who are also creatives themselves. Bafana is an artist and recently started doing music and Lebone is a fashion design student and creative director. The photoshoot is basically just them existing as creatives in the world right now.

... and what do you think that story is, what's it like being a creative in your eyes?

A blessing and a curse - through the internet we have endless opportunities to exist in front of the entire world, but in South Africa we are faced with a few more challenges, the most basic for me is getting my parents to understand that I can exist and make a living as a creative. I can't really blame them for not understanding, because of the the system they grew up under.

The blessing is to have the ability to tell our stories as Africans in a way we have a control over.

Sometimes I think there's a defined expectation on how African stories have to be told. I saw a tweet the other day about the "Africa is now" narrative is often misinterpreted. How do we keep this conversation going without leaving room for misinterpretation or staleness? (because it can get boring real quick)

What I'm learning is that sometimes you can't tell stories about people you don't know. I think the one way we can keep the conversation going is by finding ourselves, learning about who we are, and being genuine about who we are. Only then will they be coming  from a place of knowledge and authenticity.

There's a recurring theme of nostalgia in the black & white, photography, poses, and styling. Was that intentional and an attempt at conveying some message?

Not really, the models were self-styled, and I think together with the use of film and Thandekile's eye on the colour photography all give an authentic feel to images.

Shooting on film also removes the carelessness that digital photography can bring when you can take and delete images as you like, while on film you have one shot everytime and it should be right.

Are there any other photographers or work that inspired you to want to shoot or tell these kind of stories.

Visually, the motivation was from photographers like Viktor Vauthier, Myriam Tisbo, Kyle Weeks, Gunner Stahl, and Fauve Bouwman to name a few.

As far as the concept, I thought of how we often look back at subcultures and creatives from the past as a source of inspiration, forgetting that we're living in a time were we are those people now. So I explored what it is being creative now. Hence the name "Us As Thee Culture".

I like commercial work where I have some creative control, or I recommend creative directors who I know are able tomaintain creative expression while delivering for the commercial market.

... and what’s the next story you want to tell?

I haven't though about it much for now, but one thing I'm curious since I'll be moving to Johannesburg is streetwear & street culture. There's so much talent in how people dress there which I've seen through friends, so I wanna tell those stories.