The JFF Film Club features four screenings for the next couple of weeks leading up to the main film festival which will run from the 19 - 24 November, also at venues across the city.

We went to check out the inaugural event at Sally Mustang Tattoo Parlour and fan over the original ‘Archie Moroka’ (Sello Maake kaNcube) in Zola Maseko’s ‘The Whale Caller’ (2016) based on the novel by Zakes Mda. 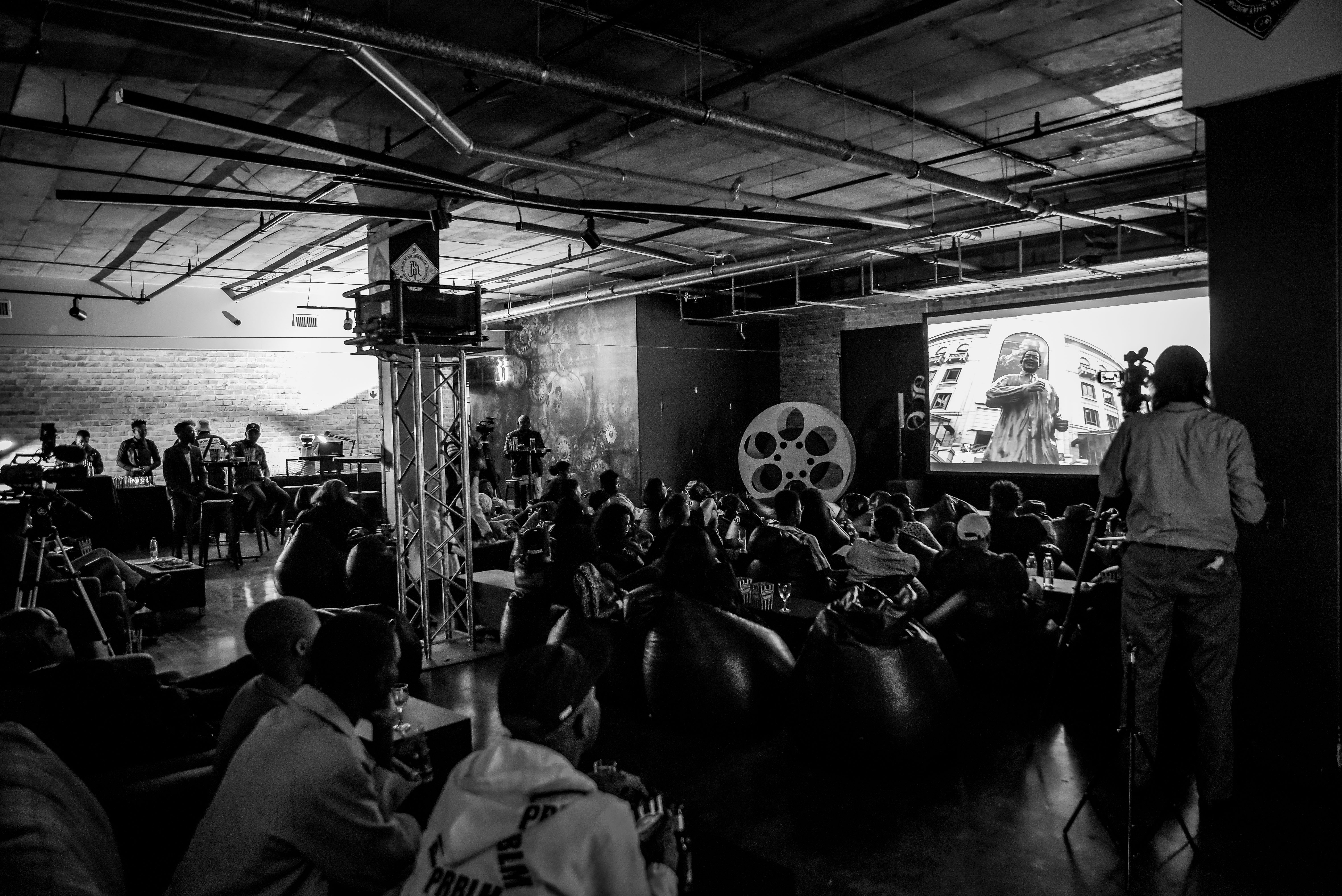 The "Film Club" is a great attempt at creating an accessible indie film culture in Joburg, where local independent film is usually associated with high costs, snotty audiences, and a trek to Cinema Nouveau.

For one, the (entire) experience is on the house, including food and drink for us cheapos, the venues are at unconventional locations which leaves behind the conventions of a traditional cinema house and making things a bit more exciting.

The screening featured everything that amplifies a screening event: mates, an interesting venue, cosy seating, some booze and treats and everyone from the film industry that looks decent in a suit.

The next Joburg Film Festival Film Club will be on the last week of October and the featured film will be revealed on their Twitter and Intagram accounts.

The Joburg Film Festival runs from 19 November - 24 November at venues across the city.

OR DM us to hustle your way onto our guest list for the next event.

Photos by Until Until.

No items found.
TRENDING
NEO BAEPI'S NOTES ON BLACK BOY JOY
"SINEKHAYA EMDANCEWENI"
LATEST GOOD GOOD GOOD COLLECTION MAKES A LIGHTER TOUCH
Our official playlist featuring new releases, ones to watch artists under the radar and a new illustration from some of our favourites, updated every month. Best enjoyed on shuffle!

A photographic series created as a reaction to the idea of “swart gevaar” and the idea of exploring physical and psychological spaces, a statement of pro-blackness and freedom of movement.