TAKING IT EASY LIKE A SUNDAY MORNING WITH K$

The DJ has created a niche for himself by tapping into memory and embracing identity. 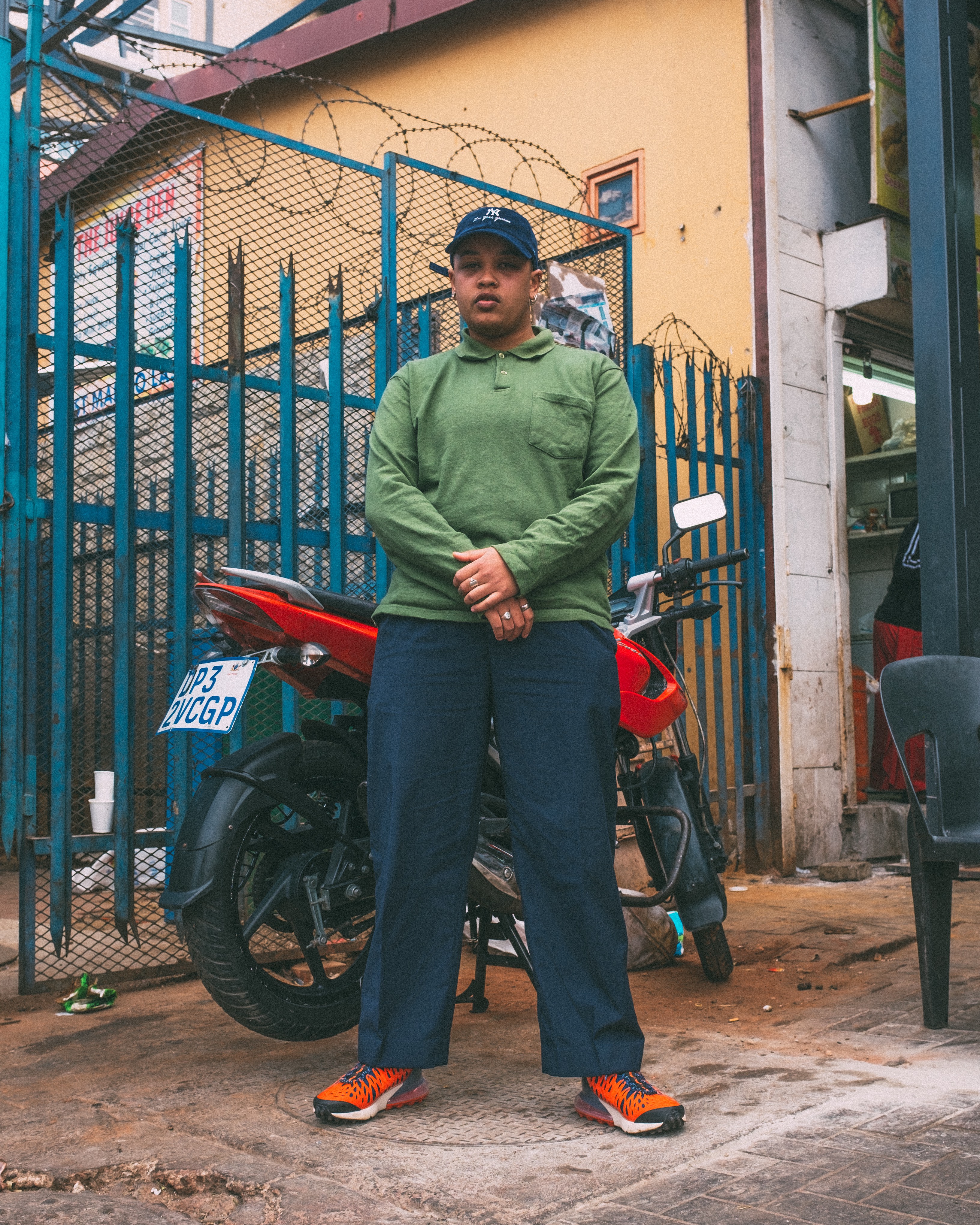 There is music many of us remember from waking up on a Sunday morning, with the smell of stoep polish, Surf or OMO, permeating through the air before the smell of breakfast takes over, making the weekend feel official. It’s your momma making food for everyone, the sound of pots and pans, your dad, older brother or cousins tending to the garden or washing the family car on the driveway while Barry White blares out of the speakers.  It’s the smell of home. It’s the comfort of belonging. It’s Smokey Robinson; it’s Anita Baker. It’s Eddie Zondi on Metro FM.

For the past few weeks K$ (pronounced K-Dollahz) has been putting out Sunday mixes that instantly take you back to these times that for most of us, are the hallmarks of childhood. They are well worth a listen, if only to reminisce or educate yourself about the music upon which a lot of the modern styles are built.

Originally from Cape Town, K$ now lives in Johanneburg, and ISYOURS recently invited me – Mx Blouse – to have a chat with him about being a new Jozi local, and we touch on a few things, from his early days on the decks back in Cape Town, to music as a conduit for identity, and what the future holds.

Having been here in Joburg for a while now, how would you say the scene here differs to the scene in Cape Town?

K$: I’m still trying to find the thread that connects all the scenes here in Joburg. I feel like it was easier to connect and move through scenes in Cape Town. Obviously that is where I’m from, so it was easier to navigate through different spaces, and different people. I’m still getting to know people in Joburg, but I do find it very exciting. My reason for moving up here is that I felt like there’s more happening here in terms of nightlife. In Cape Town…

That’s how I felt when I went back recently.

K$: There seems to be a real big internal power struggle between DJs, promoters, artists, the crowd, whereas I feel like here everyone understands they have a role to play within the scene.

When you say “a thread that connects the scene”, in Cape Town, what was it that you felt was the common thread? Was it the music? The people?

K$: I think it’s just relationships. If you grow up somewhere I guess it’s easier to understand how things work there. It was easy for me to move from one place to another. You know, you’ll have those nights where you move from a hip-hop party, and on to a tech jol elsewhere.

I kind of feel like that as well. Even though I grew up here, partly. I don’t know what it is about Joburg. It’s kind of hard, man!

K$: It’s because it’s so big! It’s massive. Like, what I mention could easily just happen in one area in Cape Town, whereas with Joburg, there could be one thing at Kitchener’s, another thing in the north, and then you’ll go to a house party somewhere…

Like, for me, just thinking about it, if I left the City Bowl in Cape Town and went to Obs, I still don’t feel like I’m an odd person out, but if I went to party in Sandton, then it’s a totally different crowd, and I feel it. I love it, it’s fun, but I know it’s not my scene.

K$: If you have to travel far to where you feel welcome it makes it weird. I ‘ve just found this barber close to where I stay in the east. Before I used to come into town to get a haircut. At this barber, I met homies that make dope hip-hop music. They’ve got a setup there…

And we’ve probably never even heard of them.

K$: Exactly. They’ve got a studio there, a tattoo parlour, all in this one property and they were saying it’s a lot for them to always be going to the north for fun. It’s a lot having to ask people to give you access. They, instead, want to create something for themselves in the east. I think that’s pretty dope that people do that here. They are taking things into their own hands 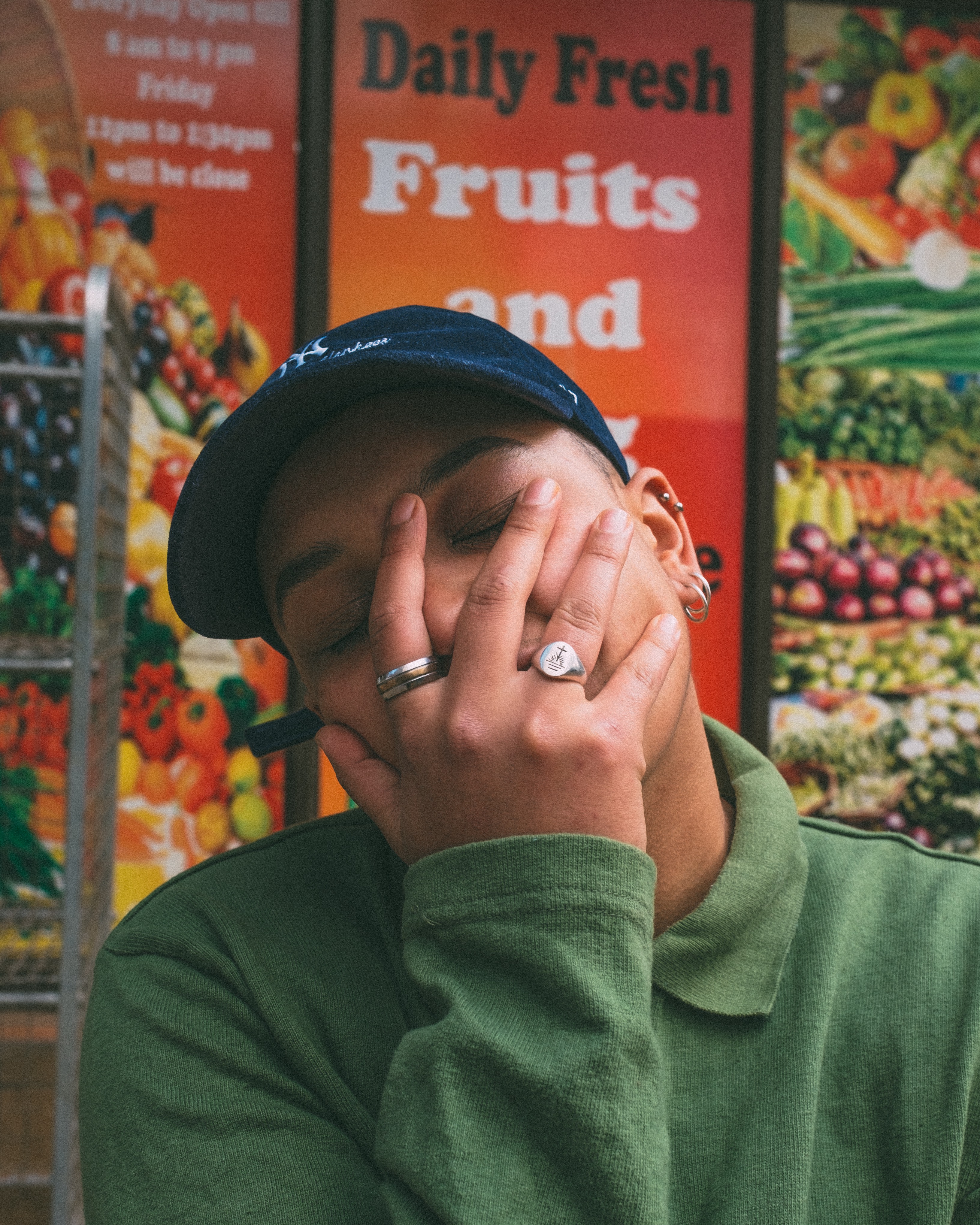 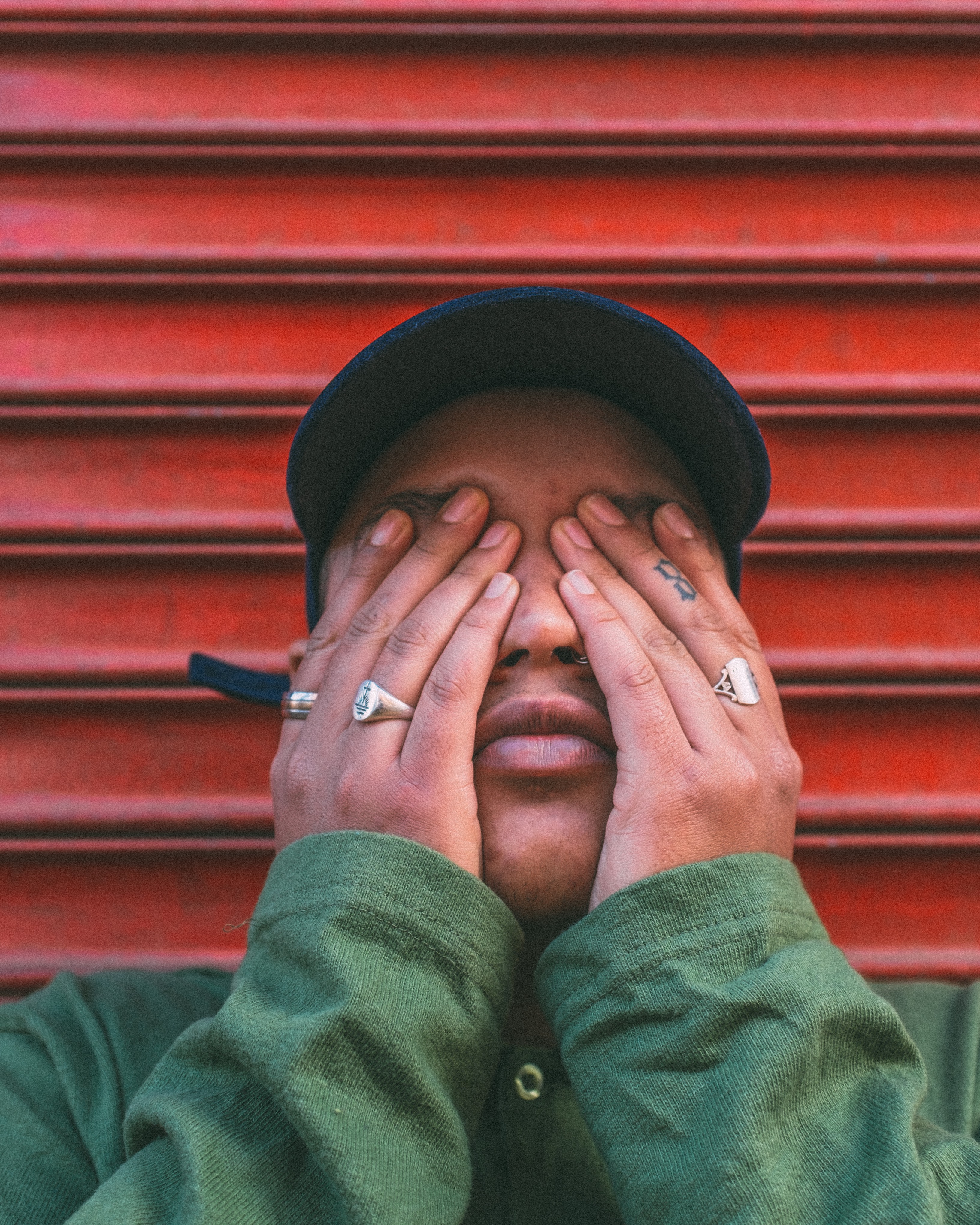 I remember back in the day, back in Cape Town, I used to go to parties where you were playing. This is now long ago, and I can’t remember which year you played at CTEMF (Cape Town Electonic Music Festival). It must have been the first or second CTEMF, that’s when I heard you play and I was ‘haaibo!’. Ku lit la! I’d heard you play, like, at Waiting Room, sure, it would be nice things, but on that night… I don’t even know if it was what you were playing necessarily that changed, but somewhere I think there came a point where what you are doing felt like it was coming from the heart. Like, whenever I’m at a party and you’re playing, I feel like I get to know a little bit more of you every time. This is something you don’t feel with a lot of DJs. Did you ever feel that change for yourself?

K$: I feel like since I started playing, my identity is very much connected to the music I play and as that kind of evolved, especially going through my transition, I think it is reflected in that way. I always feel like at festivals I just kind of excel. It’s just one of those things where I feel comfortable, and I can throw it down. There’s more of an openness at festivals, where people are far more open to listening to music they’ve never heard before. I don’t know why, but people like coming to the club to hear something they’ve heard six times on the way to the club.

K$: Festivals are just better. For me, the music I play is a direct reflection on how I grew up, my taste and my culture. I can’t separate those things. It’s not like, because I like this kind of music, then that’s what I have to play, and only that.

“For me, the music I play is a direct reflection on how I grew up, and my taste in culture.”

I play music that means something to me. Also, going through a medical transition, there’s so much that I’m learning about myself that I’m growing into and I can only hope that reflects in the kind of music I play, as well as how I play it.

Trust me, it does!

K$: If I prepare a set feeling some type of way, maybe a day or two before I play, then on the day I arrive at the party, I feel a totally different way, I’m still going to be able to channel how I was feeling when I was preparing…

Because regardless of the mood, it’s still you. It’s unlike if you’re just picking and playing bops that everyone knows, simply because they are bops.

K$: That’s how people get bookings…

K$: Not to criticize, because everyone has got to eat, but I feel like there are a lot of DJs who feel restricted to playing one kind of hip-hop. Maybe their personal taste is a little different and more broad, but they’ve been limited to a certain kind of music because that’s how they get bookings.

I understand how they would be scared to step out of that. When I DJ, I play a lot of alternative stuff, but as soon as I touch on top 40 stuff – that’s when you pack up the dancefloor. The minute you start introducing something different, people scatter and leave the dancefloor. You have to be hella confident to be able to keep on playing in spite of that.

K$: It’s so weird because I remember when we used to go to parties like Cold Turkey. You went there because you want to hear stuff you’ve never heard before. You want to hear something that’s going to drive you crazy and go looking for it for months after. Things are happening so fast, music is changing, some local kids are bringing out new, amazing shit out all the time, I don’t think we should be playing the same Cardi B song simply because we know people want to hear it.

“Things are happening so fast, music is changing, some local kids are bringing out new, amazing shit all the time…”

Do you feel like its getting better though? Sometimes I do.

K$: It’s a classic case of two steps forward one step back, always, because sometimes you will hear a thought provoking, challenging set, maybe it’s live from one of your friends or an artist that’s homegrown, but then the next few gigs you go to it’s always something more formulaic. DJs know if they play two certain songs together, they’ll get a reaction.

You’ve been working in music for a while now. You DJ, you worked at Black Major. What’s next? Is your next chapter in music, or something else entirely?

K$: I hope so. I hope whatever I end up doing professionally, I will always have a hand in music. Moving here – to Joburg – has sort of inspired me to want to move overseas and see what I can do there. I want to see what I can do in a different place. I think it would be a disservice to myself because it’s been fun so far, I’ve had a really good career, but I always want to take it to the next level. Like I said earlier, I love festivals, and Europe is where it’s at in terms of that. I want to learn, because one thing they have over there is the infrastructure, the nightlife, and cultural infrastructure. We’re still building that from scratch, I feel.

Yes, but they also just have the culture. I remember pitching up at a club I was playing at in Berlin, and no one knows me there, but there’s like 800 people in the club waiting to see me. I was thinking to myself ‘what the fuck’, this would never happen back home. You’ve got to be a big somebody for a venue to pack up to see you like that

K$: Those are the kinds of experiences you want as an artist, because you can only get better if you are working in different spaces. I want to play at Sonar, Primavera, Dekmantel, all of those places. I wanna learn from world class artists and kick down doors and say to everyone there and here at home ‘stik uit’, we’ve got homies on this side, let’s make shit happen!

K$ plays at Rocking The Daisies in Darling 4-6 October.

Listen to the “sunday with K$” playlist here

Read the rest of our Meet The New Locals series with Darkie Fiction & Stiff Pap.

A cross-continental mash-up of dancing for one night only at the Armchair Theatre in Observatory, CT this Saturday.