The new project, made up of long-time friends and band mates Alice Phoebe Lou and Ziv Yamin have released their debut music video and first shows of 2020. 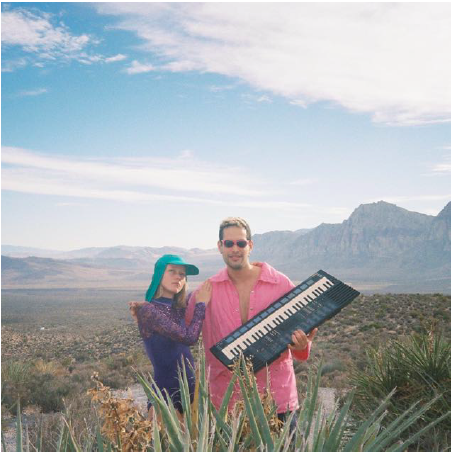 strongboi is a fresh and fiery collaboration born in Berlin between Alice and Ziv. Armed with Casio keyboards, drum machines, synths and trashy sounds the pair have crossed genres and attitudes to bring an eclectic mix of bouncing bangers & smooth rolling grooves.

Their first EP is due for release to much anticipation, mixed by Grammy award winning producer and engineer Noah Georgeson.

The video - shot in the Nevada Desert, is a collection of moments captured on 8mm film while the duo was in Las Vegas last December. Captured on occasion while playing their first show in Los Angeles at The Roxy.

Filmed and edited by Daklis, who is also the band's bassist, the video is a spontaneous, improvised and energetic first introduction to strongboi for many.

Watch the strongboi music video below:

The "strongboi" single will be released on streaming platforms on 20th March, followed by a second single "Honey Thoughts" on the 3rd of April.

strongboi headlines their first ever show at Bi Nuu in Berlin alongside RAS. Get tickets here.

Catch them at Lauter Festival in Zurich on 16 May. Tickets here.

All copy supplied by strongboi.