Meet Them Two – an ambitious new Joburg-based styling duo with a gender bending aesthetic that presents us with new interpretations of partnership and coupledom.

Leddi, has been working in fashion and media between Joburg, Cape Town and Amsterdam for some time now, collaborating with some of your favourite global fashion and lifestyle brands. And Mikhail, who's unassuming background as a newsroom producer led to modelling, and studying design at LISOF.

They are, most importantly, consistently, impeccably dressed.

We spend a day with them on set and witnessed the ambition, inspiration and chaos necessary to make something new. 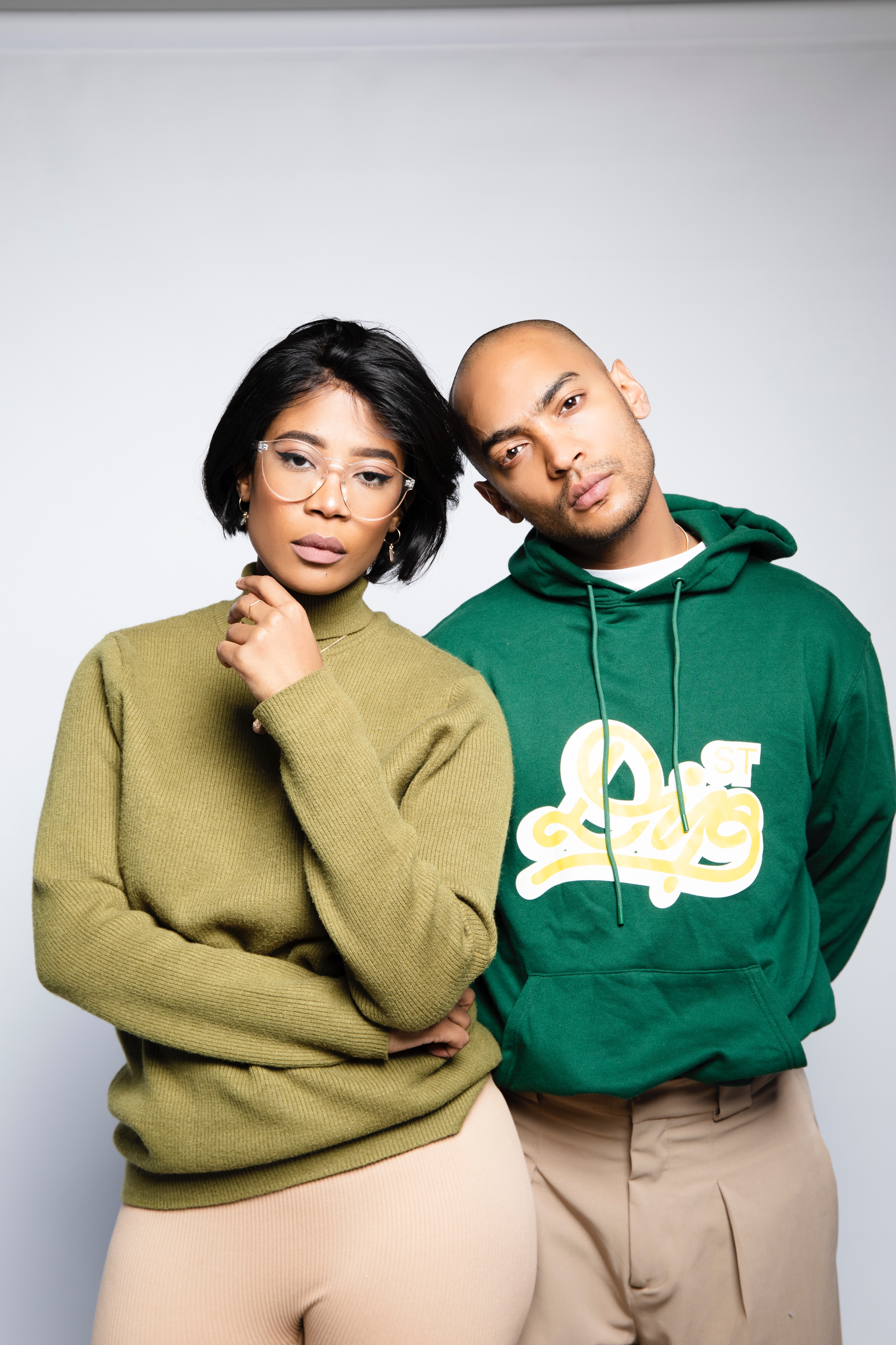 What brought this together guys?

Mikhail: It was her, she approached me.

Leddi: I approached Mikhail with the idea to create a very style focused (Instagram) page. We both have pages that involve style but they also have lifestyle content which sometimes detracts from the thing we both care about the most – clothes!

Why are you so well dressed?

Mikhail: I don’t know why it’s important to me. But I appreciate that you really put yourself forward with the clothes you wear. Your mood, your thoughts go into your outfit so it’s a very intimate look into a person actually... but I don’t know why I make myself uncomfortable with other people for the love of clothes. Like, my friends reeeeally aren’t feeling me right now, but I look great so…

Leddi: My style is influenced from the places I’ve lived; the hippies of Cape Town. Then Amsterdam which really got me into street culture.

"Like, my friends reeeeally aren't feeling me right now, but I look great so..."

‍
Do you have a uniform?

Mikhail: I was having a conversation with Nima Nousse about this actually, she noted how Leddi just switches up. Led’s is a style chameleon.

Leddi: It goes by moods and it always goes by my hair. If I have a wig, or length, even now I know that long hair makes me act up!

What’s The Vision? What do you see Them Two as?

Leddi: It’s a twist on coupledom; two friends that like the same thing very much, we push ourselves and invite the observer to engage in our process of disruption.

Mikhail: We have our feet in both worlds. In the mainstream and the arthouse. I really like combining the two; bringing both people from both sides to appreciate the other.

Leddi: Also a respect for the art form. That’s the reason we shoot it in studio, with a photographer. It is very deliberate because we want to take it seriously.

"We have feet in both worlds. In the mainstream. And in the arthouse..."

Mikhail, you’re in design school, how is that influencing your work?

Mikhail: Academia brings a refinement; you can explain things. And reference things. Obviously Leddi has been on Instagram, and has built a following. And with me in art school it’s also just a nice pool of resources and skills.

So how do you do this?

Leddi: The process is not defined, we can either be inspired by a garment and then work around it or we can come up with a concept and find garments that will tailor to that look.

Mikhail: With a lot of help from our friends and peers, shout out to Shelflife, DipStreet, House of Velour, Iced by Savannah and Jozi Vintage Plug.

Leddi: We’re also not willing to let up. If something does’t work out it’ll never be because we didn’t try. It’ll be because someone didn’t reply, or rejected us.

Check out some of the looks from previous shoots below.

Ours' debut EP "The First Time" feels like a voyeuristic insight into creating young love.

BLAQKONGO'S "38 WAYS, 38 DAYS" EMBODIES BEING A PERSON IN SUCH AN ELEGANT AND TRIUMPHANT WAY

We catch up with the Cape Town-based producer and DJ to chat about the new record, his days back in Geneva and spiritual practice.