The historic Lovedale Press in Alice (Eastern Cape) is in danger of closure and artists Athi-Patra Ruga and Lesoko Seabe have launched a three-phase fundraising campaign named Victory of the Word to raise money that will initially cover the overdue rent and salaries for the three custodians that remain. Bishop Nqumevu, Bulelwa Mbathoyi and Cebo Ntaka have kept the doors of Lovedale Press open without drawing a stable income from the venture in nearly a decade. 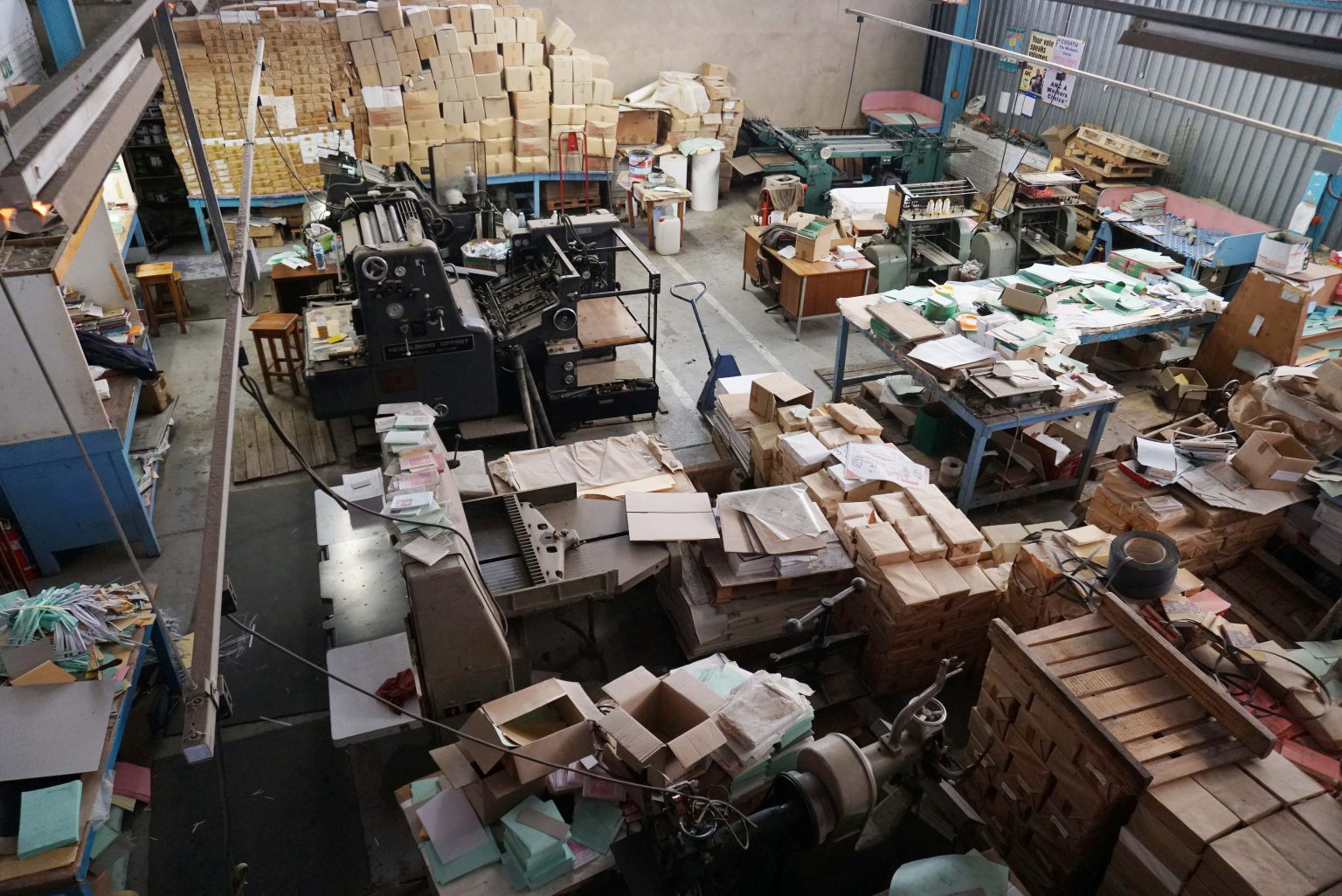 Originally founded in 1823, Lovedale Press produced the earliest record of writing by a Bantu-speaking African in their home language in South Africa. In addition to prominent works of isiXhosa historians, poets and novelists, Lovedale Press also published a newspaper called Izimvo Zabantsundu (views of the black people). Their other major projects include translating dictionaries, hymn books, the isiXhosa Bible and other Christian literatures. At heart, the homegrown press’s primary mission has been equipping young black people with essential publishing skills as well as promoting African literature in South Africa and other parts of the continent.

Lovedale Press came under the ownership of its former employees, who are dedicated to honouring its legacy, when it was auctioned off in 2001. And even though it’s been at a much slower rate, they are creating books to this day.

As a country, we are yet to complete the recon of realities that were compromised in the rainbow nation™ exercise; the folding of a Lovedale Press would be an insurmountable loss to many who may not even know it yet. Erasing the language of a group of people is an effective subjugation tactic; language not only reflects heritage, it legitimises its speakers’ place in a setting. And still the preservation of an institution like Lovedale Press has interestingly slipped through the bureaucratic cracks of social redress in South Africa.

In an Instagram Live stream hosted by the founders of Victory of the World, a few weeks back, Athi-Patra Ruga and Lesoko Seabe unpacked their intentions behind the project. Both are creators who have made an immense cultural contribution to art and the arts, they shared anecdotes about the profound impact the works published by Lovedale Press have had on their points of view, “my work is about the excavation of stories of people who have either been omitted or exiled from people’s imaginations. Lovedale then provides that inspiration, as a monumental place where I find stories about femininity, urbanity– how we deal with various things in the modern times.” said Ruga.

For them, pitching in to efforts to save the press was a no-brainer, adding that “knowing that 200+ years of production has gone into phonetising, printing and spreading intellectual property by black people and dignifying my language validates me. Language categorises us within humanity, we become more empathetic to others circumstances once we understand their language. And so I think that love and dignity become things that can thrive once we rediscover ways to engage isiZulu, isiXhosa, seTswana, seSotho and such in contemporary ways.”

Even our highest aspirations are intentions that we speak into existence, language gives our thoughts a legitimacy that shapes our reality. In a time when we are compelled to imagine a new state of normalcy, it’s important that we base our plans for the future on the knowledge that we have always mattered. And Lovedale Press is one of the pillars that reinforce that truth.

"Lovedale then provides that inspiration, as a monumental place where I find stories about femininity, urbanity– how we deal with various things in the modern times"

NEW ART SHOWS YOU SHOULD SEE THIS MONTH

It might seem scary out there, but you're gonna run out of Zoom parties and excuses anyway.

As a prologue to the exhibition a series of video conversations with the artist, discussing his process, will be released online.

OUR (VIRTUAL) ART PICKS FOR THE MONTH

Support our artists with a series of virtual exhibitions, talks, streams, videos and audio tours at galleries across the country.