GETTING REAL WITH DARKIE FICTION

The duo that REALLY came from Cape Town with love. 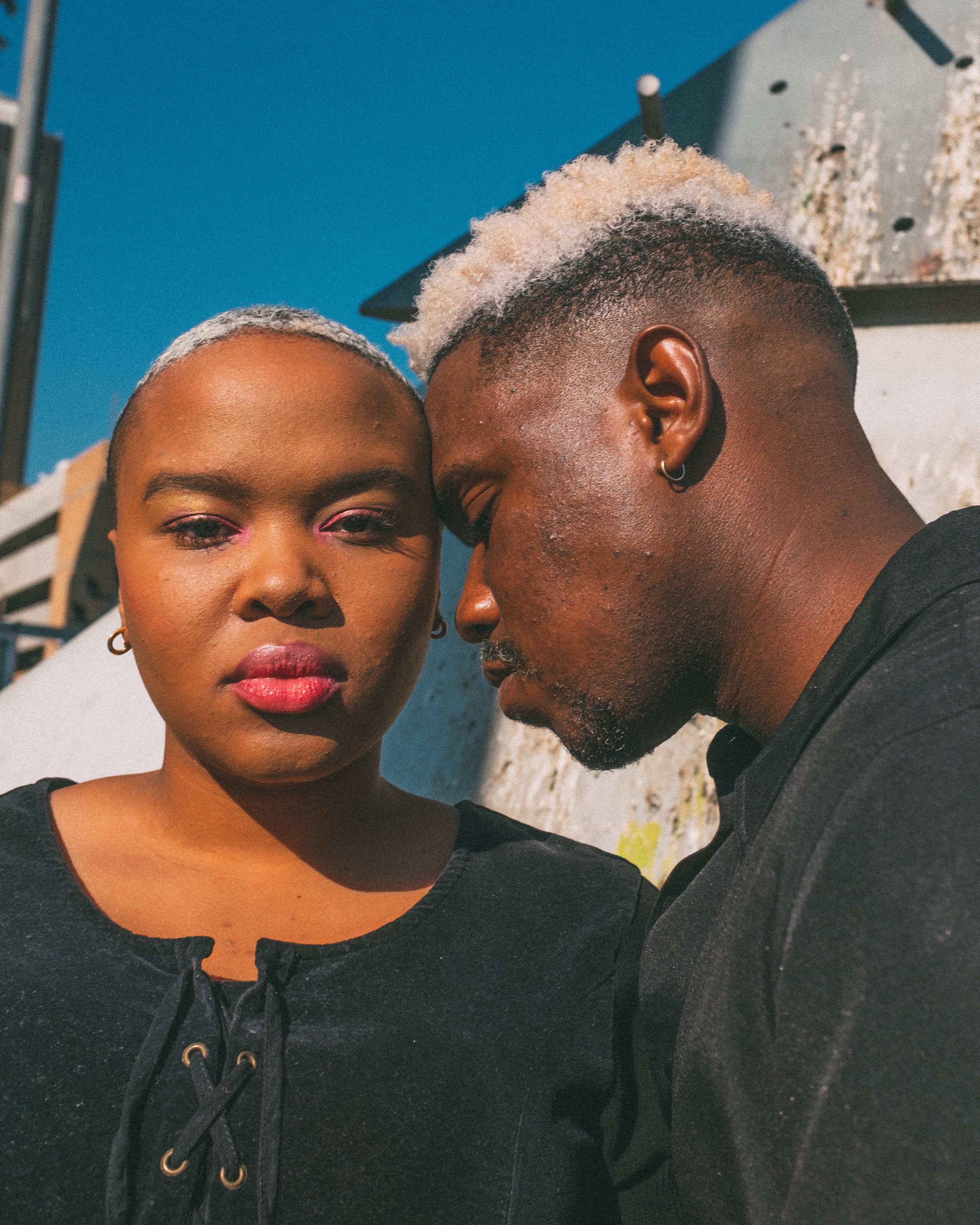 By now you should know who Darkie Fiction is but you're just playing dumb because niya dika shem! Anyway. Anyway. Akhonto because you're only playing yourselves and asingeni ndawo lapho, bbz!

Since finding their way into our hearts by reminding us "abathakathi can never bring you down", the duo behind such anthems as "Bhoza" and "Malibongwe" are hard at work, getting ready to give us a follow up to their debut EP. Which should be dropping ahead of their performance at Afropunk, where no doubt sizoma emvuleni once again, singing "my ntliziyo". At least it will be with smiles on our faces.

The duo consists of rapper Katt Daddy no Yoza and, as part Meet The New Locals – a series documenting Jozi's new locals, ISYOURS invited me – Mx Blouse – to come chat about moving from iKapa lodumo, community, the industry and the South African alternative scene.

Tell me about getting to Joburg from Cape Town. How do you view the differences between the two cities?

Yoza: Here (Johannesburg), there are more platforms, and there are more people looking for you. I definitely think if we were still in Cape Town, we would most probably be limited to performing at Waiting Room, The Raptor Room… You know, these are great spots if you are coming from outside of the city to perform there, but when you’re an artist based in Cape Town, those are the only places you’re playing at, basically.

And it really matter not what level you’re at as an artist, too.

Yoza: Yeah, so I feel like a lot of stages that we’ve been on, the artists we’ve shared stages with, I don’t think this is something that would have happened had we remained in Cape Town.

Katt Daddy: Definitely being in Joburg. You can’t really tell, to be honest, but based on our own experiences as artists, there’s a lot more opportunity here. Cape Town is great for honing your craft, and developing what you’re doing, but Joburg is where things are happening. It’s just so much better as an industry. It’s where you want to be.

“Cape Town is great for honing your craft, and developing what you’re doing, but Joburg is where things are happening” 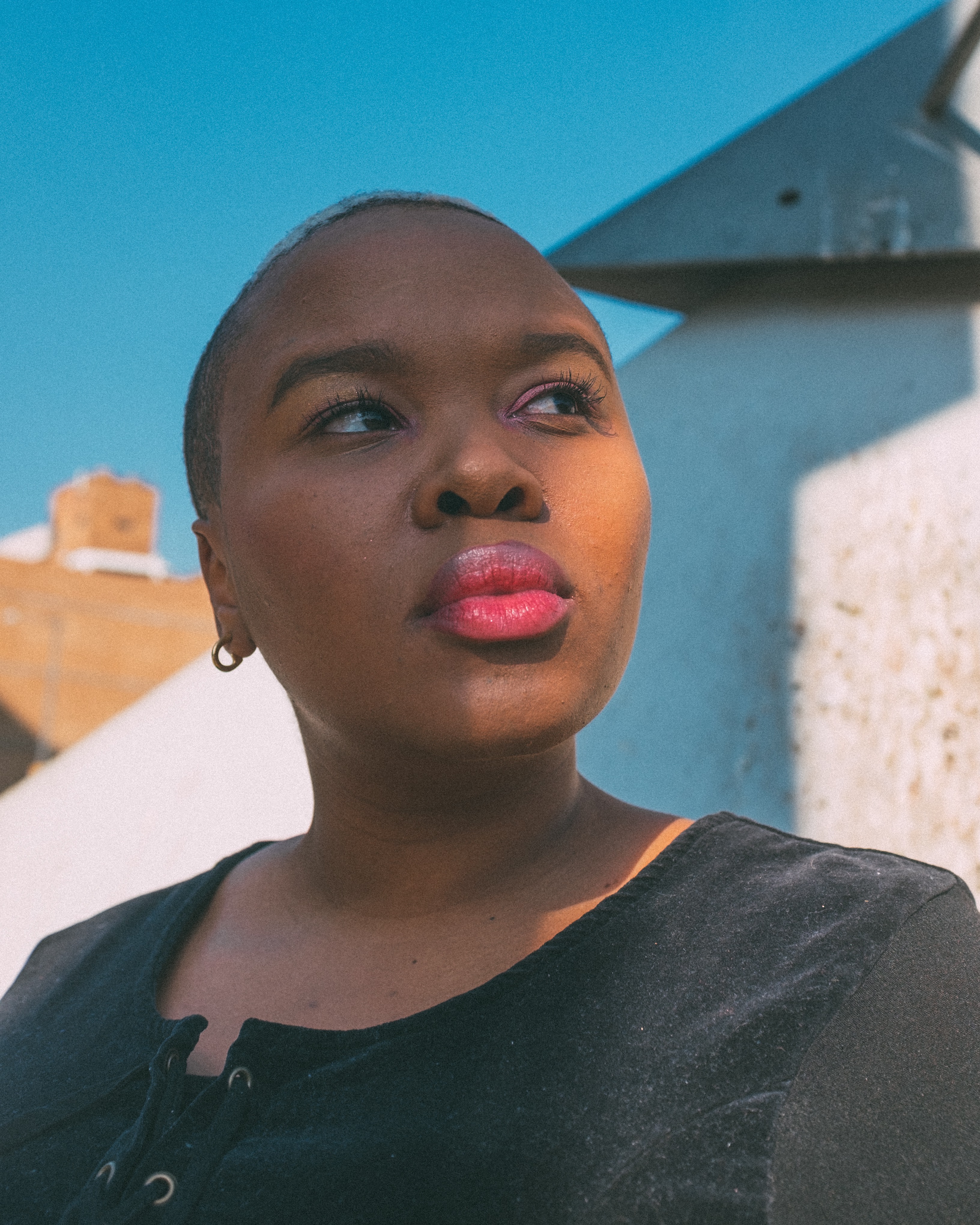 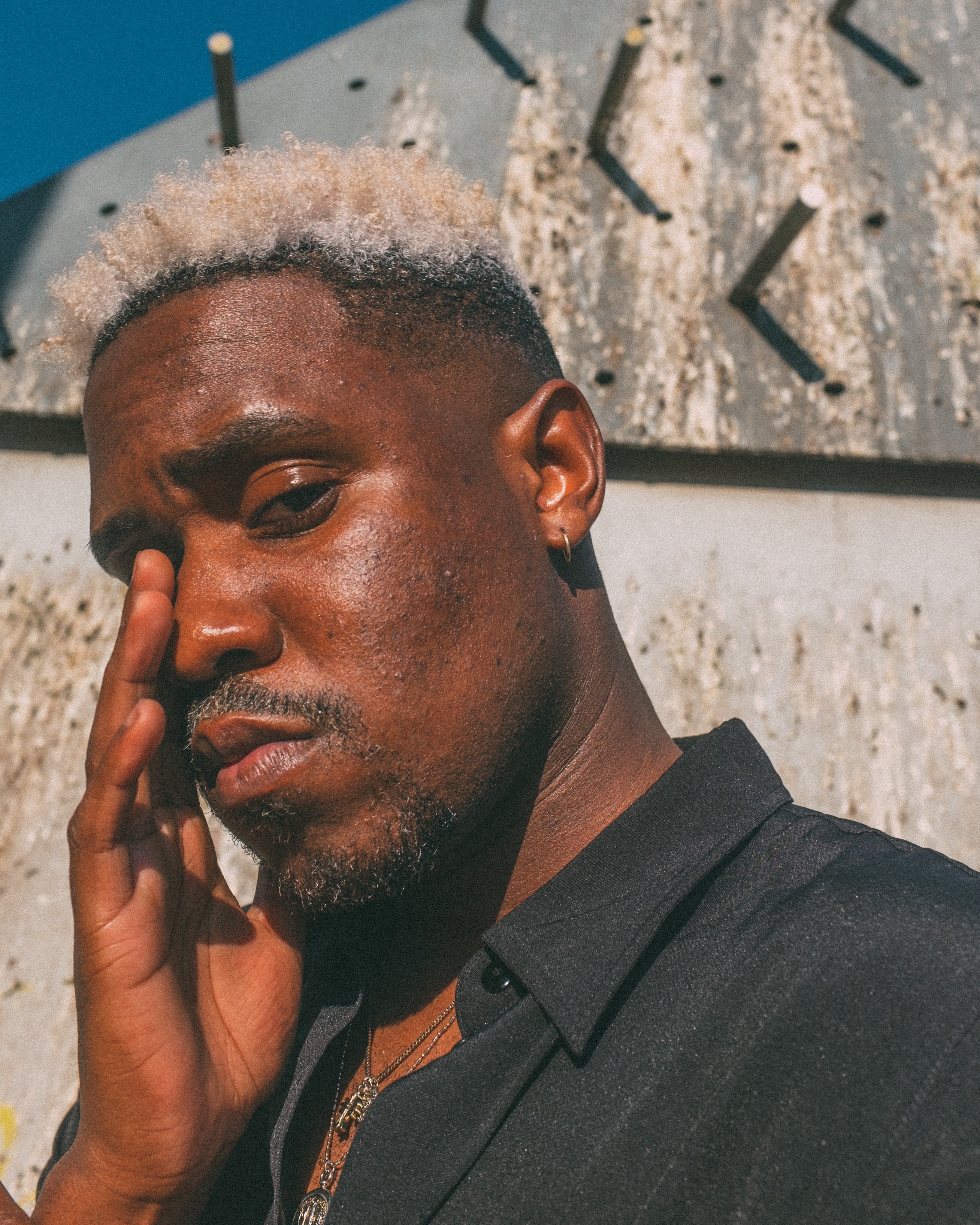 Katt Daddy: Community-wise, I wouldn’t say so. We’re still very much the new guys in every situation that we find ourselves. That’s also, I think, about us being loners, though. I think we’re deliberately trying to pave a way for ourselves, and not necessarily rely on co-signs or being seen with certain people in order to validate what we’re doing…

Or even do what everyone is doing, because that’s a thing too.

Katt Daddy: Yeah. Influence is natural. You are what you eat, and you are the company that you keep. I think the more time you spend in certain circles, the more you’ll start thinking that way. You can’t avoid it but, yeah, in terms of finding our feet, I think we are getting there.

A conversation I’ve been having with a lot of people is whether this pond is big enough, you know? It feels to me like there’s a ceiling. Especially if you’re doing something unique, there’s only so much that Joburg – even South Africa – can give you. Do you feel there is enough scope for growth in South Africa if you are not doing something that people are already excited about? Because essentially, when you’re doing something that’s outside of the mainstream, you are asking people to step out of their comfort zone and, as South Africans, we are not so great at that.

Yoza: Not currently. But we do feel like it’s improving. If we were to compare from when we started, like when we performed at Design Indaba, for example; people in Cape Town are always ready to jam to whatever sounds good. In Joburg specifically, it’s a little bit different. I remember one of the first few gigs we did here, it felt a little cringe, and it still does to a large extent. Maybe not cringe, but maybe a little weird. You see people just standing there crossing their arms while you play, but weirdly, afterwards, they’ll come and say “who are you?”. 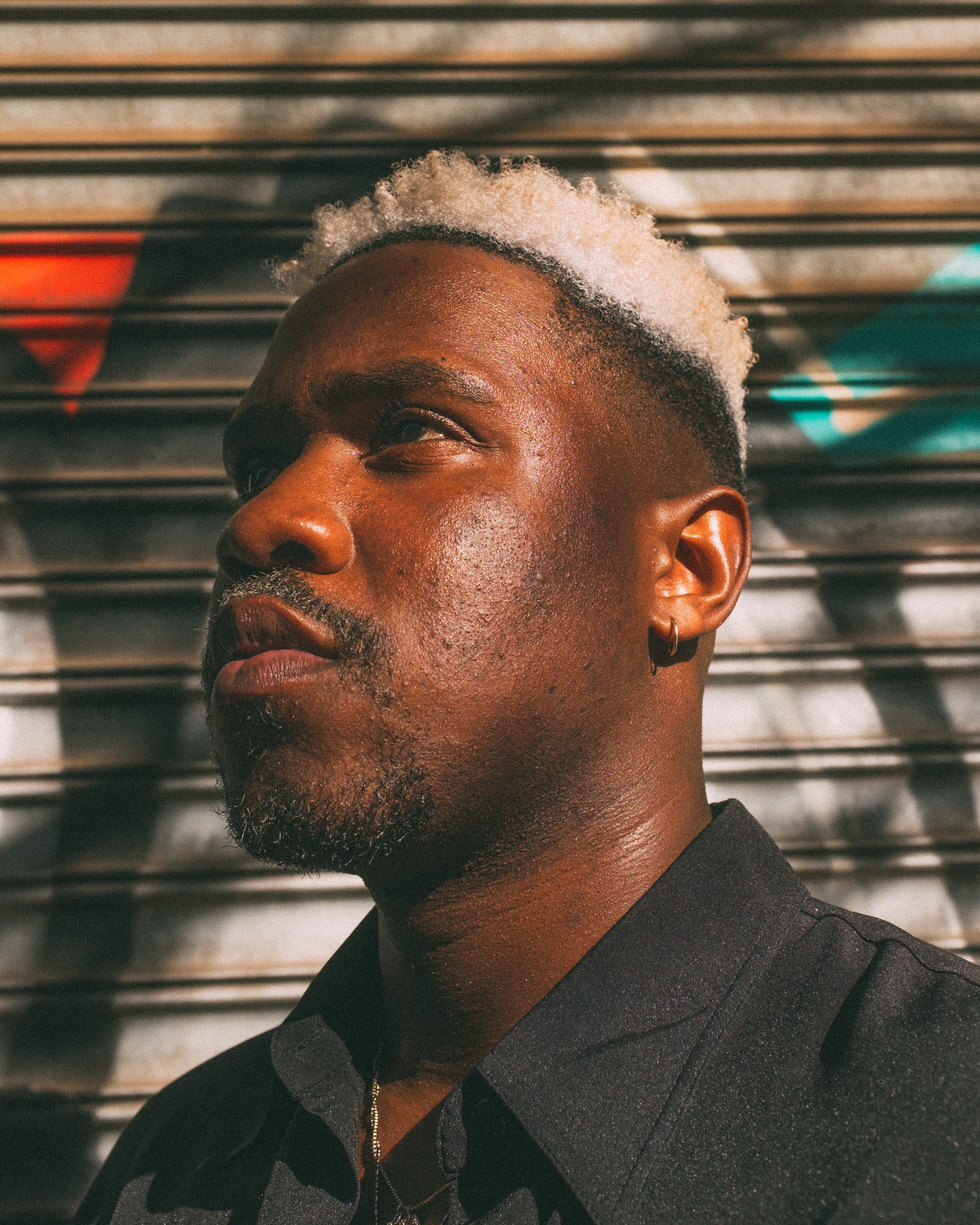 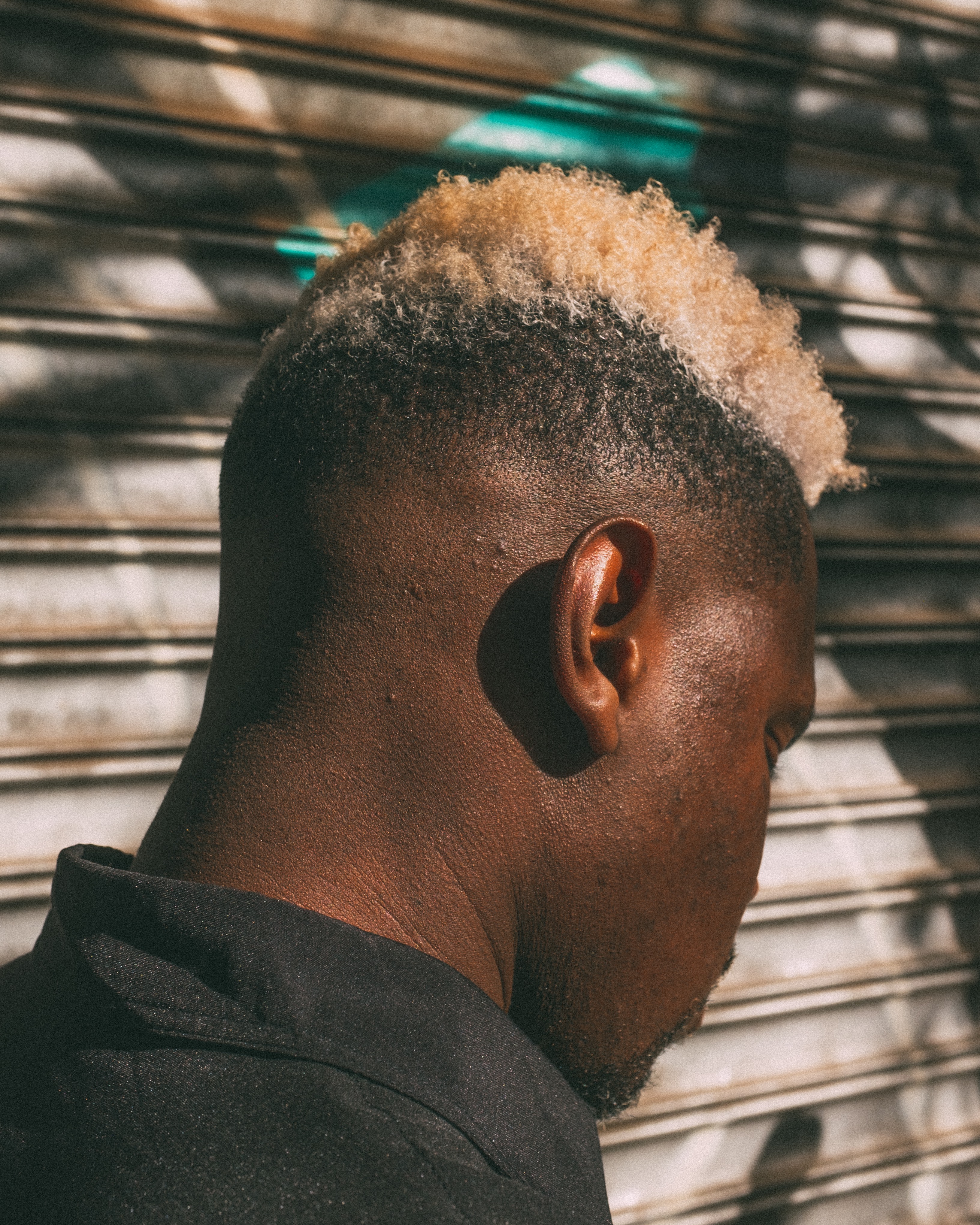 “You see people just standing there crossing their arms while you play, but weirdly, afterwards, they’ll come and say ‘who are you?'"

So, I tend to get a similar reaction, and my interpretation is that maybe people are just blown away because it’s not what they expect. So, it’s not necessarily that they’re folding their arms and not engaging at all.

Yoza: I think there’s an element of that, but there’s also an element of people being scared to stand out. You don’t want to be the guy dancing alone to something that’s not popular, or cool. It’s almost like people want to wait until someone else makes it cool.

Someone needs to validate it.

Katt Daddy: People don’t even realise it, but they’re always waiting to be influenced. If you hear something and you like it, there should be no need for it to be what’s popular in order for you to vibe with it, but it often feels like this what people generally do. There are, of course, many who don’t care about that. If what you do is dope, they’ll vibe with it. But just to touch on what you were asking: I do think there is a gap for what we’re doing. I don’t like making examples by using particular artists, but if you look at S’java, for instance – he is big! S’java is big! There are people like him, and Sho Madjozi who are doing something different, in spite of what the industry is.

Roger: The things is, if your music is not being played on the radio, people won’t request it. Uban’ ban’ on the radio has not yet said it’s cool. Obviously because they don’t hear it there, they won’t ask for it. There’s a whole different part of the conversation that is about gatekeeping. It’s stuff that’s probably hard for most people to understand but I think the market is there.

The market is there. It’s as simple as, you know, when you are on the radio, TV and all that, the job is half done for you. Whether you put out something good or not, people will vibe to it. That’s why I’m always saying, you’ve got to always have content to remind people that you are there. AKA, for example, doesn’t need that because radio does that for him.

Roger: When you hear a song over and over, you start to believe that it’s good.

That’s how it works, basically, but just to get back to being outside of the mainstream. Many local artists tend to go the Europe route. Make it in Europe, see SA later, and often, it works!

Yoza: I appreciate the whole make it in Europe thing, but for us, we want to make it here. I appreciate what people like FAKA are doing, opening doors for South African acts overseas. I appreciate that a lot of the time it takes being recognised out there, to be recognised here. It’s great because then people over there hear them and then start looking at what’s happening down here. We need people to do that, but we also need to open doors at home. I think Europe is already interested in what’s happening here, so that door is open. Someone needs to hold this door open too.

Personally, I just like that people at home know what I’m saying in my music.

Roger: I think the other thing is that in Europe there’s already a culture of engaging with music, which is something South African don’t do a lot of. We don’t go and find music, we wait for it to find us.

Yeah. For me that’s the wildest thing. I always think that after playing a big gig, I’ll see a spike in my stats, but it general doesn’t work quite like that.

Katt Daddy: We can’t also ignore that a lot of the time, radio is the only way most South Africans access music. That’s a big fraction of our population who don’t have access to things like streaming.

Yoza: There are other people out there. We need to stop thinking of jus t ourselves, and our friends.

Read the rest of our Meet The New Locals series featuring Stiff Pap and K$.

TRENDING
NEO BAEPI'S NOTES ON BLACK BOY JOY
"SINEKHAYA EMDANCEWENI"
LATEST GOOD GOOD GOOD COLLECTION MAKES A LIGHTER TOUCH
Our official playlist featuring new releases, ones to watch artists under the radar and a new illustration from some of our favourites, updated every month. Best enjoyed on shuffle!