CELEBRATING A NEW WIN FOR WOMEN’S SKATEBOARDING IN SOUTH AFRICA

The past few years have seen a new light shining for skateboarding internationally – including skateboarding being recognised as an official Olympic sport, new women-led and LGBTQIA+ skate groups, the fight for equal pay in major skate contests, and more recenty, the first black woman owned skate brand.

In a new move for the local skate scene though; all-girl skate group and organisation Girls Skate South Africa partner up with Reebok South Africa and sneaker culture platform Hunting For Kicks in an effort to put more women and girls on boards in skate parks across the country. 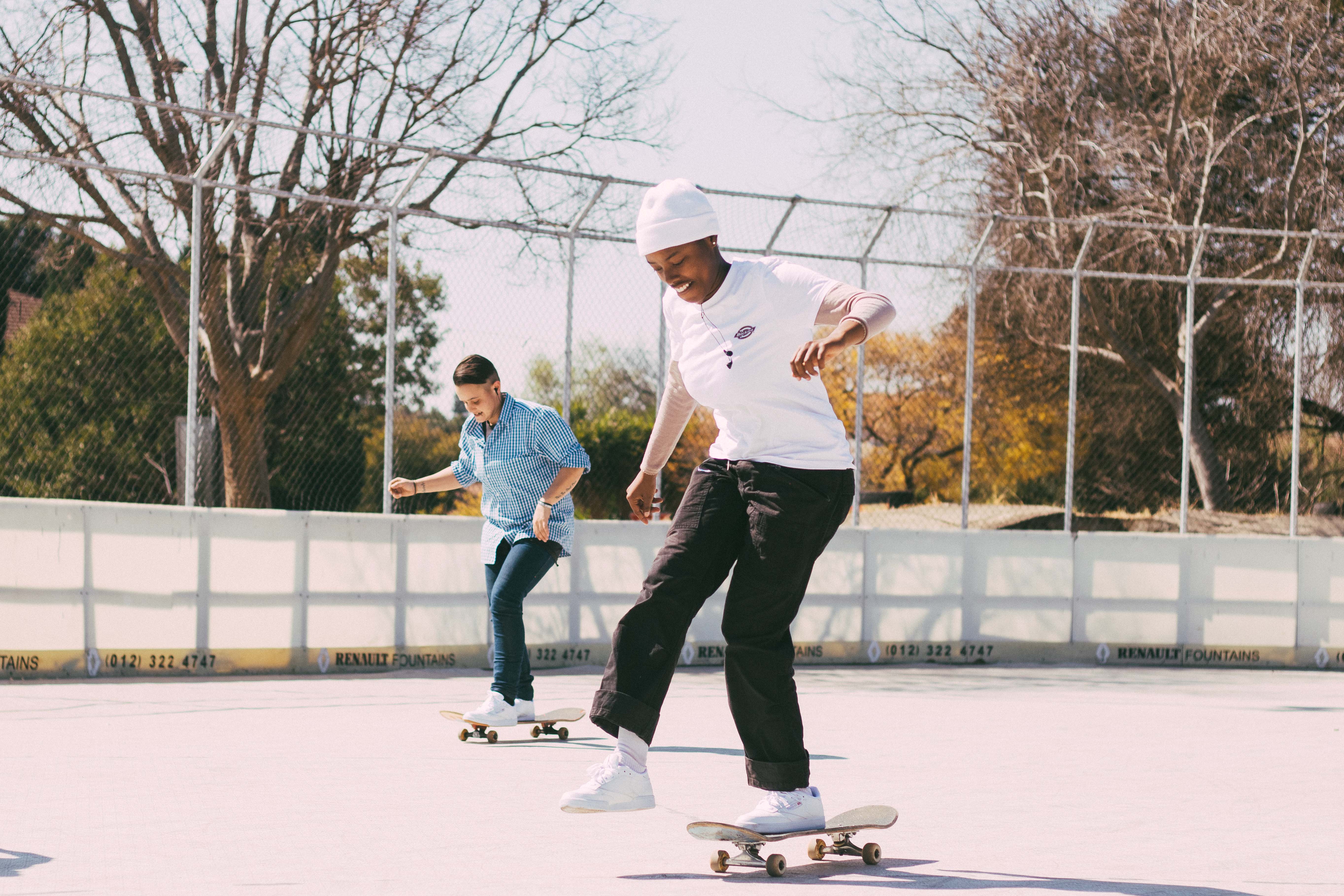 “I wanted to see more girls at skateparks and get girls comfortable enough to skate in front of the guys” shares Girl Skate South Africa founder Sharné Jacobs. Sharné started the organisation back in 2015 as an effort in "shredding" for a positive change in communities.

Women’s skateboarding is still far from the recognition, representation, funding and respect it truly deservees. For example, it was only in 2018 when Melissa Williams won the Vans Park Series Africa, thus becoming first woman in South Africa to compete in the VPS World Series.

Over time we've seen local organisations such as Skateistan and Indigo Skate establish girl's skating workshops and lessons, as well as the establishment of non-traditional skate media brands like Skateism or HBO's Unity Skateboarding inspired new show – Bett, such institutions go a long way in creating safe-spaces and celebrating women in skateboarding.

With more and more sports brands spending less and less on skateboarding (more so women's sponsorship), grassroots level efforts like this are what will bring about true change.

The collaboration was celebrated with skate lessons, a skate jam and a workshops at Thrashers Skate Park in Pretoria. Check out the video below for more from the day.

Images courtesy of Hunting For Kicks.

A portion of the proceeds will be donated to The Saartjie Baartman Centre for Women and Children.