BLENDING FLAVOURS IS WHAT STIFF PAP IS ABOUT

Although the electronic music duo met in Cape Town, Durban and Joburg are the backbone of their sound. 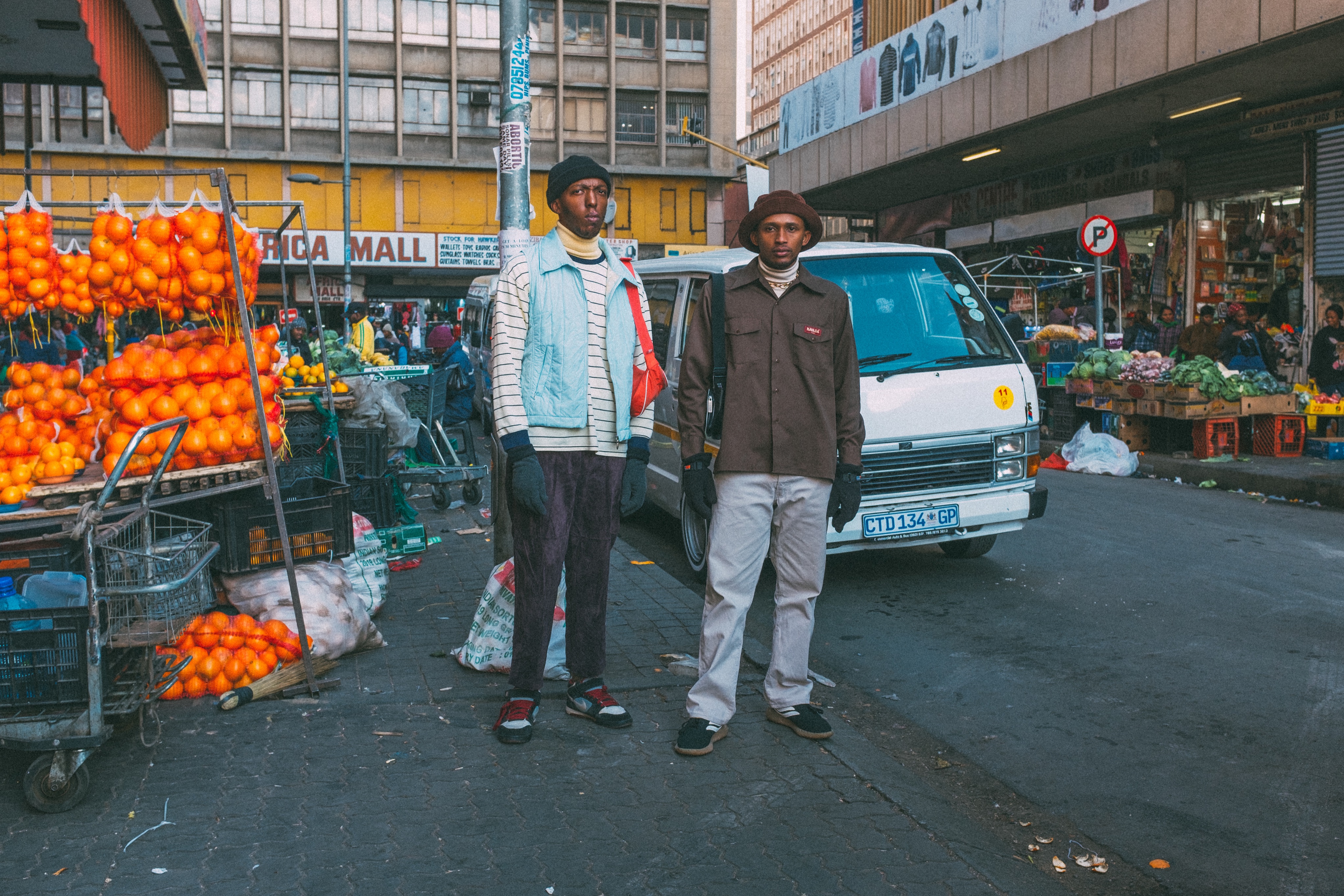 Noord Street and the area around it in Joburg CBD ain’t for the fainthearted. There are hawkers everywhere selling everything from second hand clothing to fruit and veg; there are street food stalls, cellphone merchants, grocery and spaza shops, butchery bargain boards on the side of the streets, all kinds of snacks, sweets… just… nje… stuff, wethu! Anything you can think of, you will find in this mad rush.

There are people everywhere, and taxis driving like they own the streets. Watch your ankles and your purse – you could easily fall victim to inkunzi or get hit by a taxi side mirror, and no one would even give a fuck! Maybe kuzo khala boma ‘askies’ here and there, ‘achoo’, or what have you, but you’ve just got to keep it moving!

For the uninitiated, this place can feel like a bit of a war zone. It’s wild! The best thing to do is to get on with your business and get the fuck out! Still, it feels like the kind of environment that perfectly encapsulates the constructed chaos that is the music of Stiff Pap, the Joburg-based electronic music duo consisting of producer Jakinda and rapper Ayema. This is where we ISYOURS, myself – Mx Blouse – and photographer Anthony Bila got meet them to hang out and pick their brains about music and what it’s like being an artist in Jozi as compared to Cape Town, where it all began.

Without bashing either city, what would you guys say is the major difference between Jozi and Cape Town for you guys as Stiff Pap?

Jakinda: Even though we started off in Cape Town, we noticed immediately that our audience was in Joburg.

How so? By looking at stats?

Jakinda: Not only looking at stats, but also just people who were talking about us; the creatives who were engaging with our work, and people that we wanted to engage with in return. So, whenever we would come to Joburg, for a show or whatever, being here felt right. A lot of people we wanted to connect with in Cape Town also moved to Joburg, so it was a no-brainer.

Ayema: I also think from a business and creative perspective we want to expand what Stiff Pap is as a universe and it felt like it would be easier to do that in Joburg than it would be in Cape Town. We make very black-centric music with an alternative appeal, sure, but it’s black music.

“We make very black-centric music with an alternative appeal, sure, but it’s black music”

Jakinda: I think what was great about being in Cape Town was to have that alternative musical influence. Being a producer, and starting our in Cape Town, I started by listening to a lot of producers from there – people like Christian Tiger School, Card on Spokes, Fever Trails. These were the kinds of acts in the city who were doing stuff that I was looking at and being influenced by. However, having grown up in Johannesburg, you have the influence of the hip-hop scene that was growing here. I then met Ayema, who is from Durban, and he brought that Durban influence with kasi rap and gqom. That’s basically how Stiff Pap comes together.

Ayema: I think we did try to associate ourselves with other acts in the Cape Town scene but there wasn’t a natural feel. It didn’t feel authentic. Here there are a lot of people who fit into our universe. When I say Universe, I am talking about everything, from the sonics to the visual.

Jakinda: We think of it as a movie, or a series. Stiff Pap are the main characters but there’s ‘also starring’. 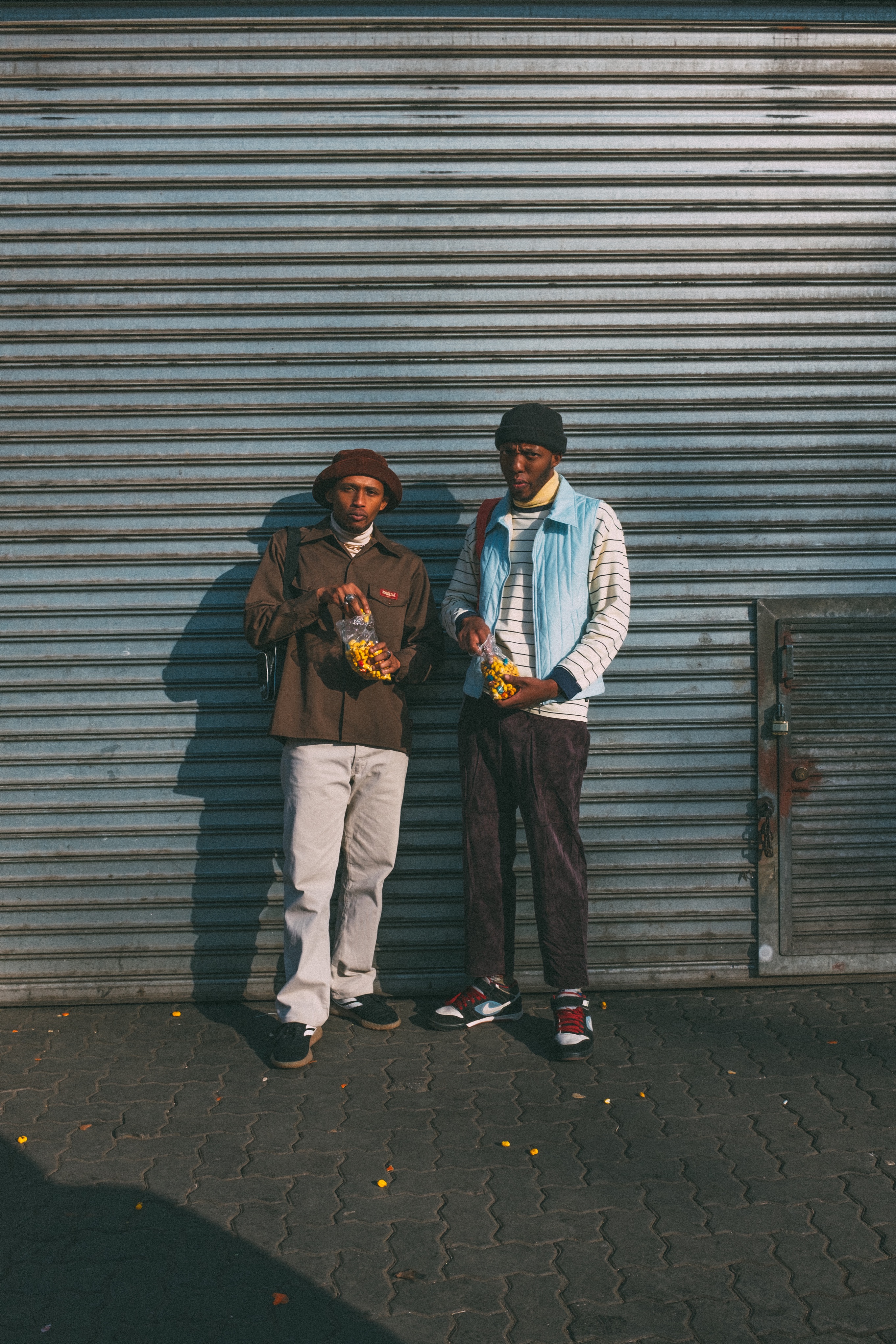 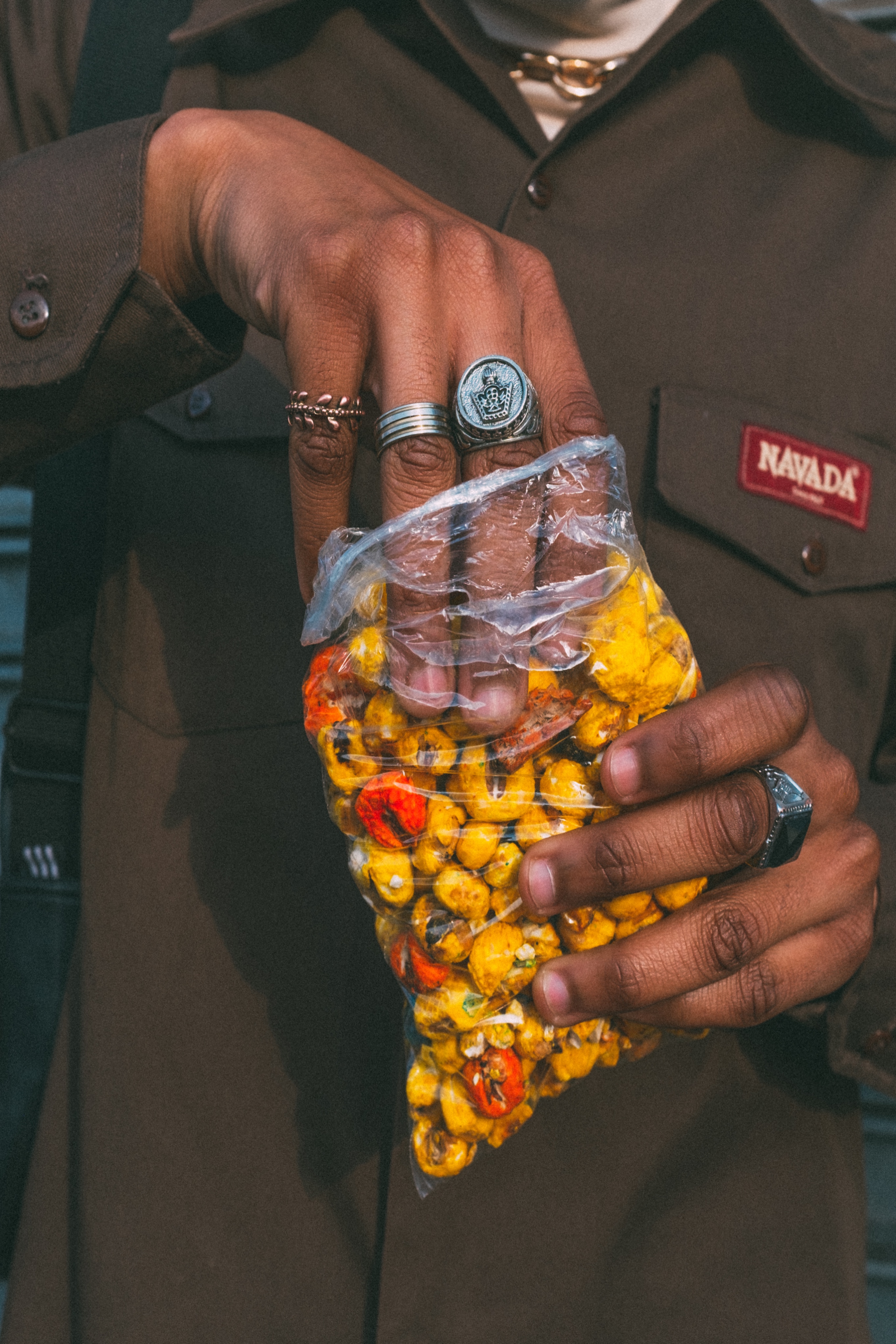 So, I guess Cape Town was season one, and Jozi is season two. Is there a season three in Lagos or other parts of the world?

Jakinda: Who knows? There could be an episode in Japan, or America. You never know. 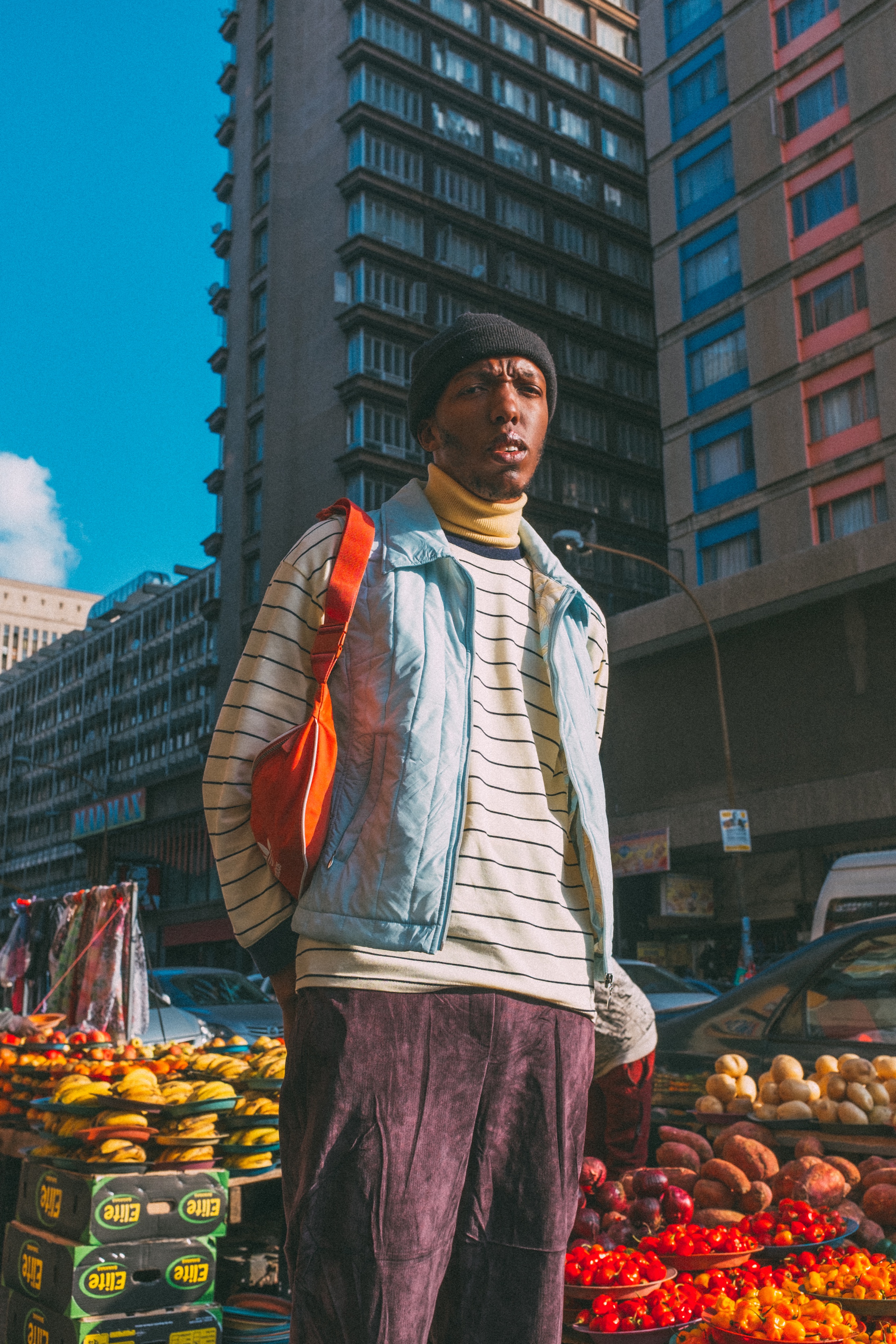 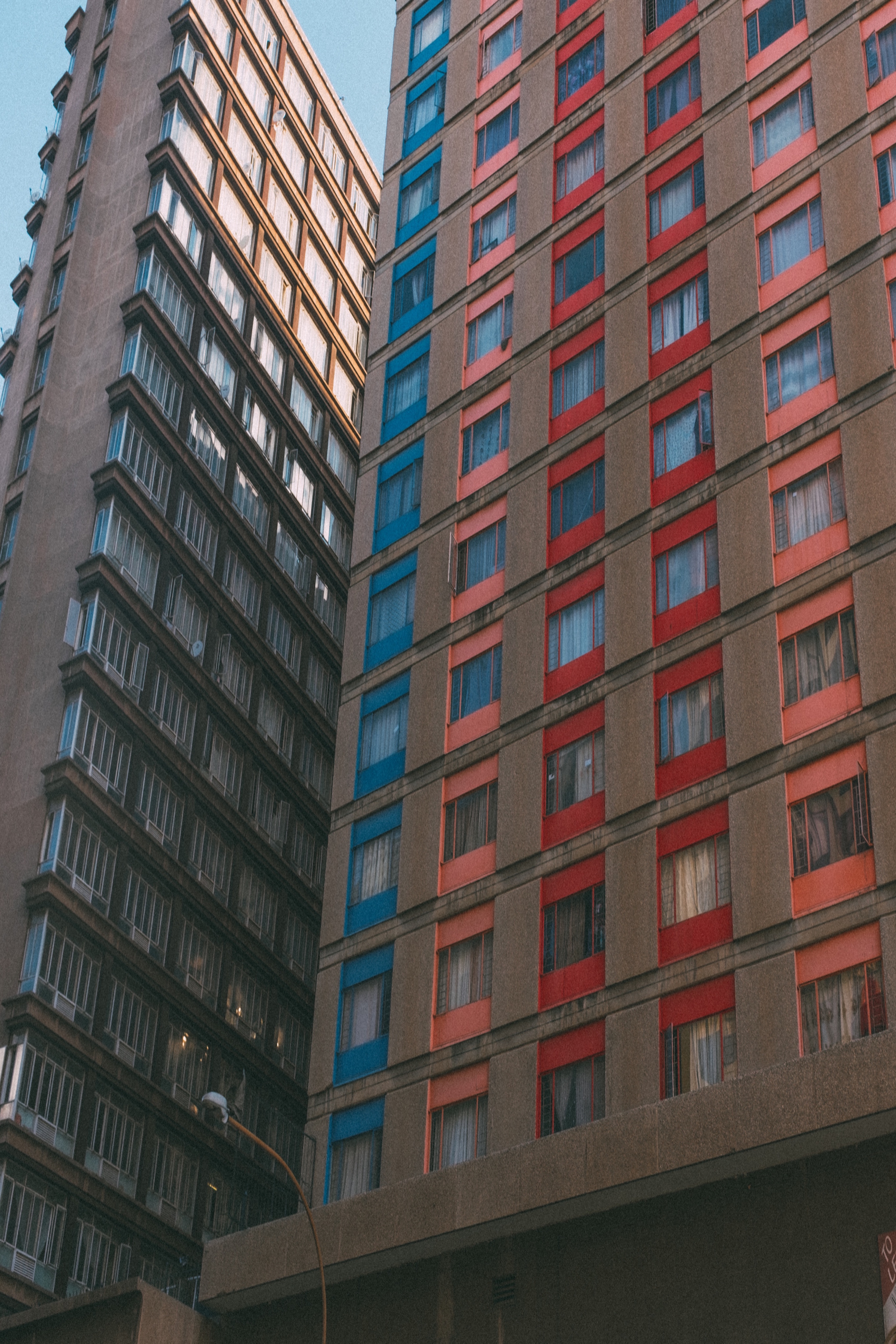 And you’ve come through with some lit jols in the city through Ebumnandini. Is this part of that narrative arch that you are talking about? Also. What would you like these events to become.

Jakinda: I’ve been in the event space since even before I met Ayema, back in Cape Town. We also started doing Ebumnandini in Cape Town. Luckily we had already been to Joburg playing at Kitchener’s a few times, so when we moved here we thought it would make sense to chat to a venue that we were familiar with, and bring the event there.

Kitchener’s is great and that’s the one venue that seems open to emerging artists, but that also leads to another conversation about the lack of venues in Joburg. I think, in general, it’s also a culture of live music. It just doesn’t exist.

Jakinda: I feel like that with Cape Town also. There used to be a live music culture but it sort of died down, and that for me, was another reason we had to look to Jozi. I should be hearing about a live show every week, there should be an industry around live music, but there doesn’t seem to be. It should be an option like watching a movie, but it’s not the case right now. 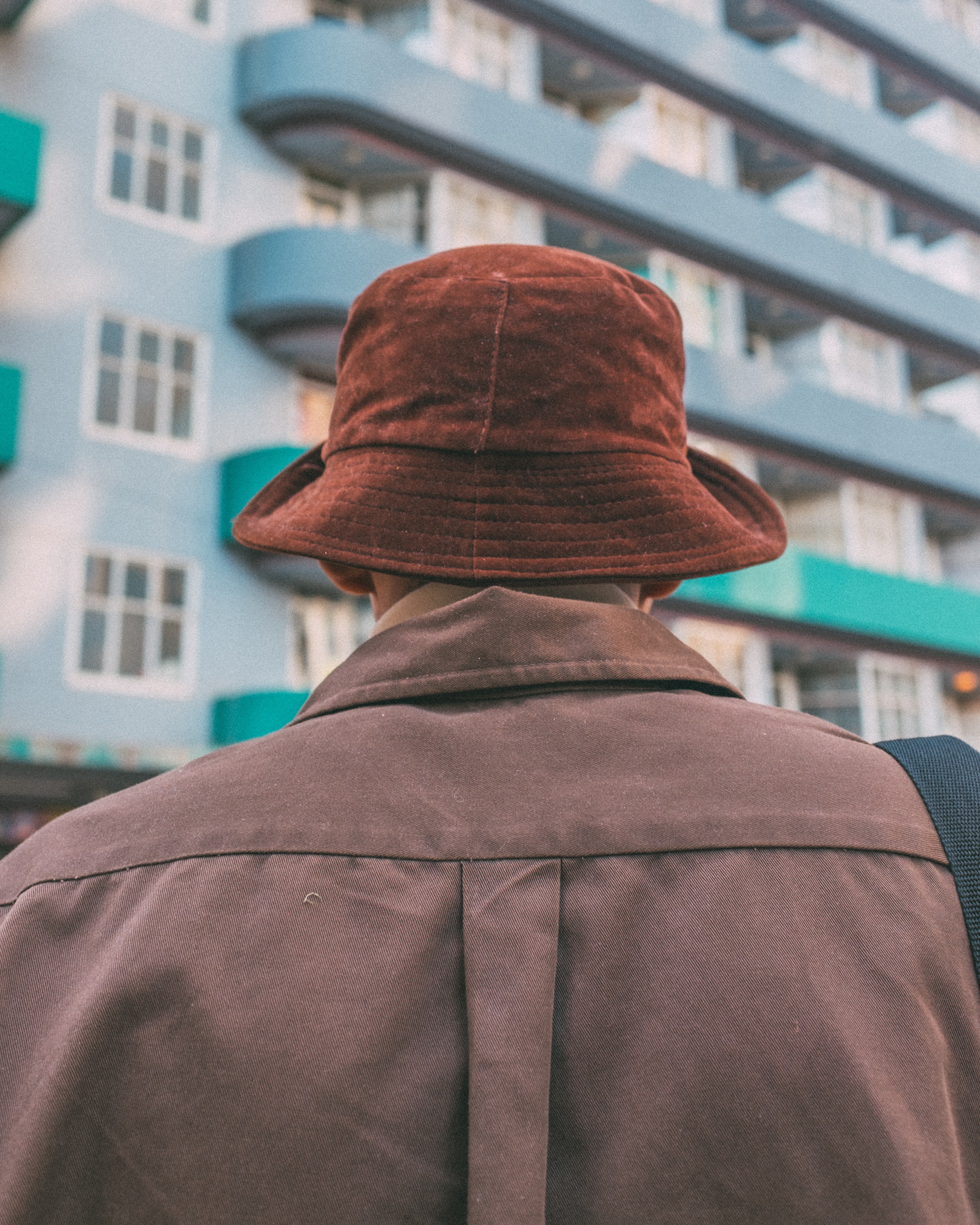 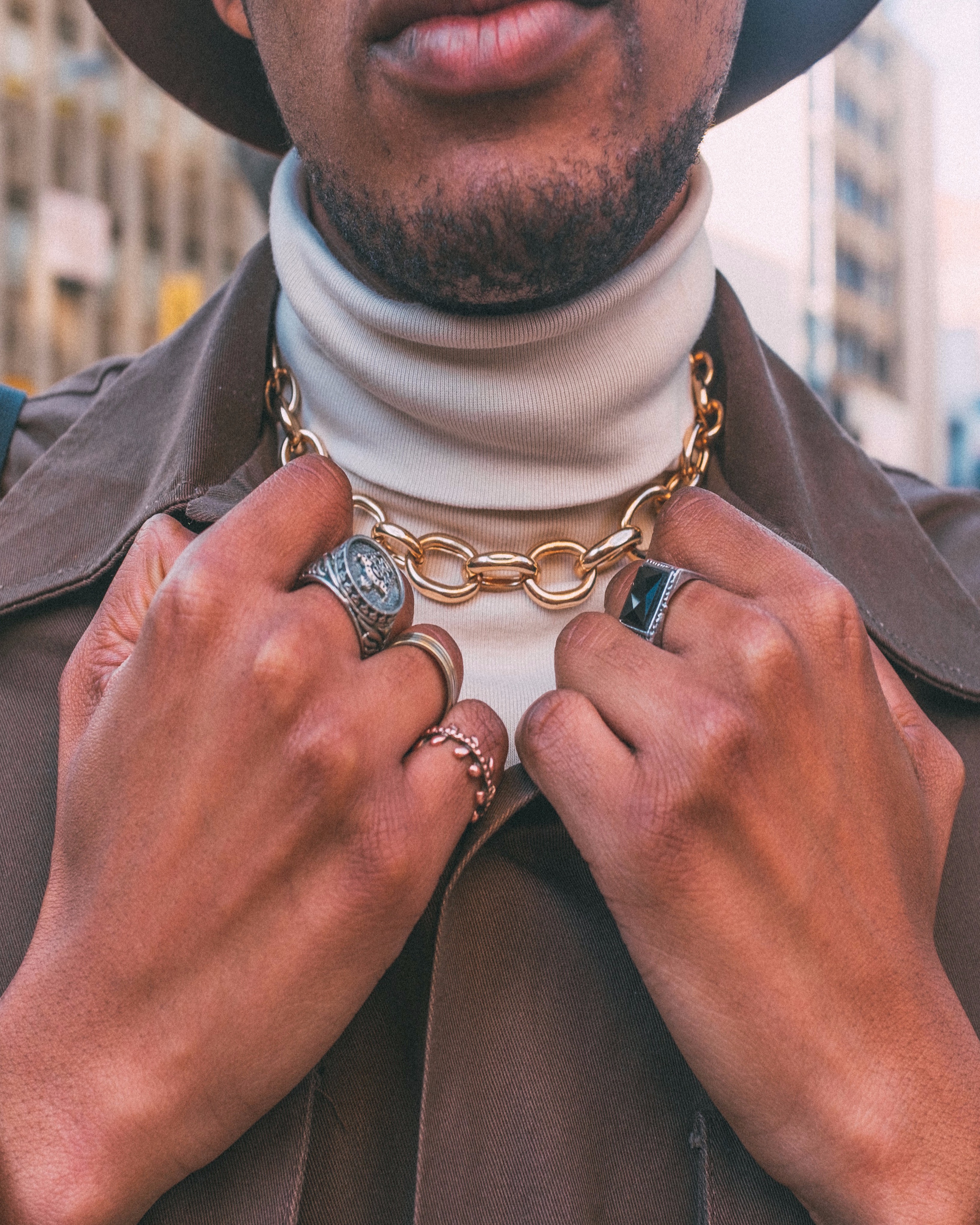 “why must I pay a hundred rand to go see these obscure live acts, whereas I can pay 30/40 bucks to see my favourite Instagram personality DJ’ing for an hour and a half?”

I feel like people like turn’up but they only have an appetite for something they’ve heard 50, 000 times on the radio. There’s very little engagement with what’s actually happening outside of that.

Jakinda: It’s at a point where people don’t even care if you can DJ to begin with, as long as they know who you are. I feel like that has also led to the downfall of the live music aspect – the bar is set so low in terms of quality, because well, why must I pay a hundred rand to go see these obscure live acts, whereas I can pay 30/40 bucks to see my favourite Instagram personality DJ’ing for an hour and a half? That’s the reality.

Ayema: That’s exactly what Ebumnandini is about. It’s about the need to do our own thing, because we quickly realised that no one was booking us or other up-and-coming live acts, so we need to do it ourselves and make that space for like-minded artists.

Stiff Pap hosts Ebumnandini at The Tennis Club on 28 September.

Read the rest of our Meet The New Locals series featuring Darkie Fiction and K$.

A cross-continental mash-up of dancing for one night only at the Armchair Theatre in Observatory, CT this Saturday.