As true jollers, ISYOURS wouldn’t be doing it right if we weren't plugging you onto our favourite people to have a good time with.

Introducing Big Night Out, a regular feature on some of our favourite parties, events, promoters and complete booze-offs.

As the roads were starting to get less busy, and the temperatures rising last December, we partnered up with our friends at Heavy Rotation - Kevin, Connor and ‘P’(rasanthan) to give  the decade the bow it deserved; with some acts we really love. A night some called Joburg’s Unofficial New Year’s Eve, The Joburg End Year Function or Heavy New Year’s… but we're not for titles so we'll leave that one up to you.

We have a quick chat with the guys to get to know Heavy Rotation, what’s next and why the fuck it went off so hard?! 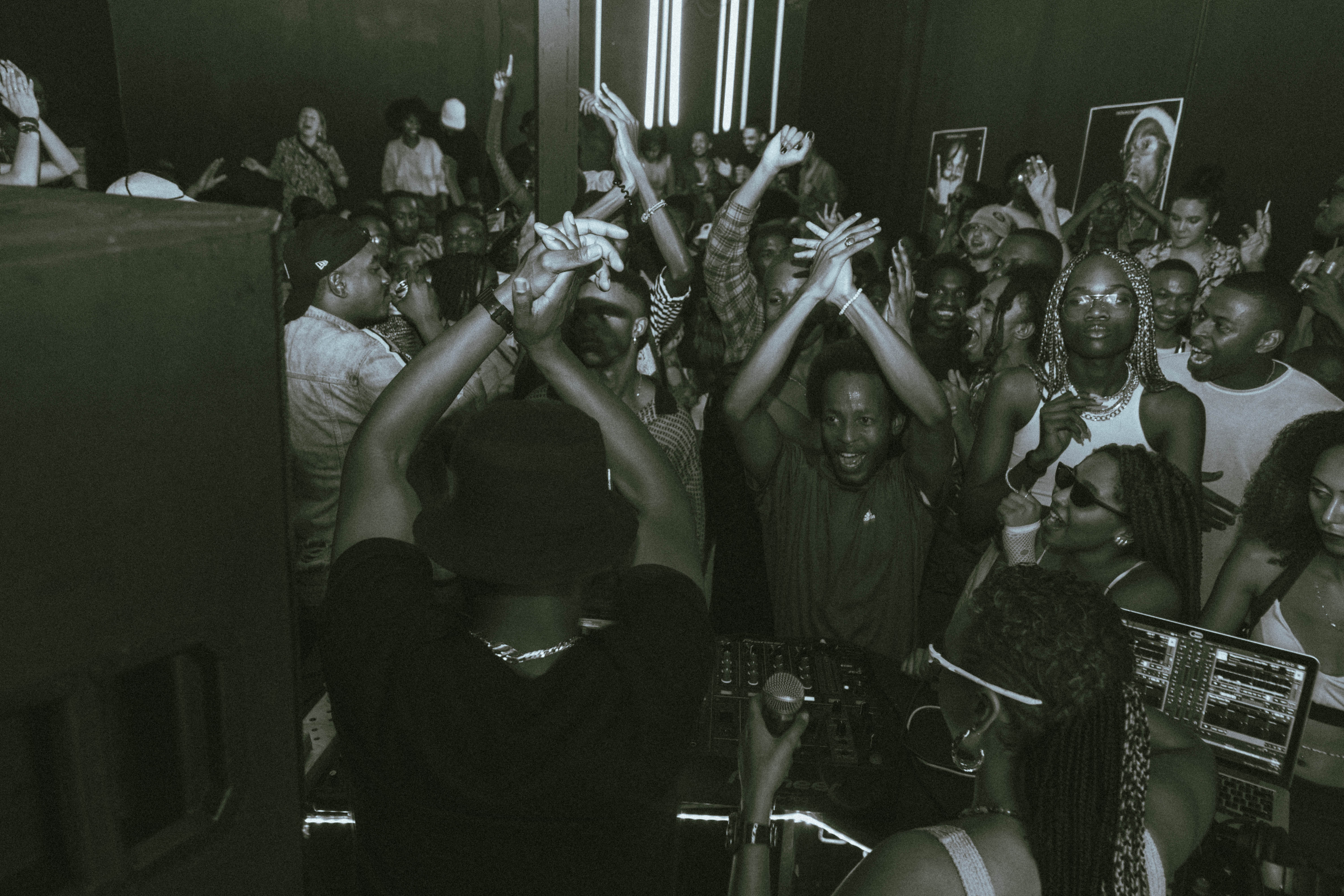 ISYOURS: So that was a wild party… What’s the wildest thing you remember from the night?

Oh man, we honestly have so many wild memories from that night, and that’s just the ones we know about! But a key highlight would definitely be walking outside from the (still) packed dancefloor and realizing it was 6:30am, the sun was up, and the party was still going strong.

How do we sum up what kind of jol Heavy Rotation is?

At its core, Heavy Rotation is about the party. If you look at the scenes from across the globe like London, Berlin, and even Sweden – it’s literally just about people throwing the jol they want to be at with none of the bullshit.

The point in which we knew Heavy Rotation was a success is when we were able to objectively say, with no bias, that it was our favourite party and lineup of 2019.

Where did the idea of Heavy Rotation come from?

It was pretty much bound to happen at some point. The three of us have known each other for such a long time and have always been pushing the culture we were down with. We’d always look to what was going on globally like the early days of Boiler Room and crave the raw energy and passion those parties exhibited. Eventually, one thing led to another and we threw a small party for like 30 people at La Santa in 2018, just with friends of ours like Daev Martian, Thabo Housecatz, Fif Laa, and more.

Whilst being a small party, this definitely became the spark that would eventually help shape the refined version of Heavy Rotation that we released to the public a year later in 2019.

What kind of people would be into Heavy Rotation?

If you’re not an asshole, and genuinely just want to have one of the best nights of your life, listening to incredible artists and hanging with the dopest people – then you’ll be into Heavy Rotation.

Seriously, the spectrum of people that showed up that night was insane! From Bryanston schoolteachers, to hardcore Newtown steppers, and every colour of the LGBTQ+ rainbow – everyone was on the same vibe and it was great.

"From Bryanston schoolteachers, to hardcore Newtown steppers, and every colour of the LGBTQ+ rainbow - everyone was on the same vibe and it was great."

What do you reckon is killing nightlife in Joburg?

Saturation, there’s way too many parties and to be honest most of them aren’t worth going to. Hence why as tempting as it would’ve been to turn Heavy Rotation into a monthly party, we decided to go the other way and only have 4 parties a year to focus on quality over quantity.

What’s the up side?

There’s a lot of excellent event properties out there created and run by talented, young people, which is very promising for the scene as a whole. Events like Pop Up Party, KOP, Vogue Nights, Pussy Party, and more are definitely pushing things in the right direction and doing the most for the culture.

"There's a lot of excellent event properties out there created and run by talented, young people, which is promising for the scene as a whole."

Where do you hope to take this event?

Simply, to throw the best party in Jozi – every quarter. If we can do that, we’ve succeeded, and everything else will just be an added bonus,

What can we look forward to for the next event?

The same vibe everyone loved from our last party, but a little bit sleeker. We aren’t trying to grow too fast and overextend ourselves.

What would be the ultimate Heavy Rotation lineup?

Definitely the toughest question of the bunch, but we’ll take a crack at it.

Shout out to everyone that came through and making it special, and our generous hosts The Third Place.

Listen to a taste of Heavy Rotation below:

Obscure Studios captured some looks for us at this year's Cape Town Art Fair.

OUR ART PICKS FOR THE MONTH

Some art shows you should probably make time for, because there's more to First Thursday's than polystyrene wine and tequila pyramids.

Hanging out at the Vogue Nights takeover at Lighthouse Festival for a night of rave, love and some beautiful gay shit.