Featuring more tracks than ever, our AUX playlist is now upadated with all the best release over the last few weeks, and now has double the tracks to get you through the longer days, in addition to the usual collection of artists to watch and genre-breaking independent releases from across the world.

Jump straight into it on Spotify, Apple Music or SoundCloud.

Enjoy, and stay at home. 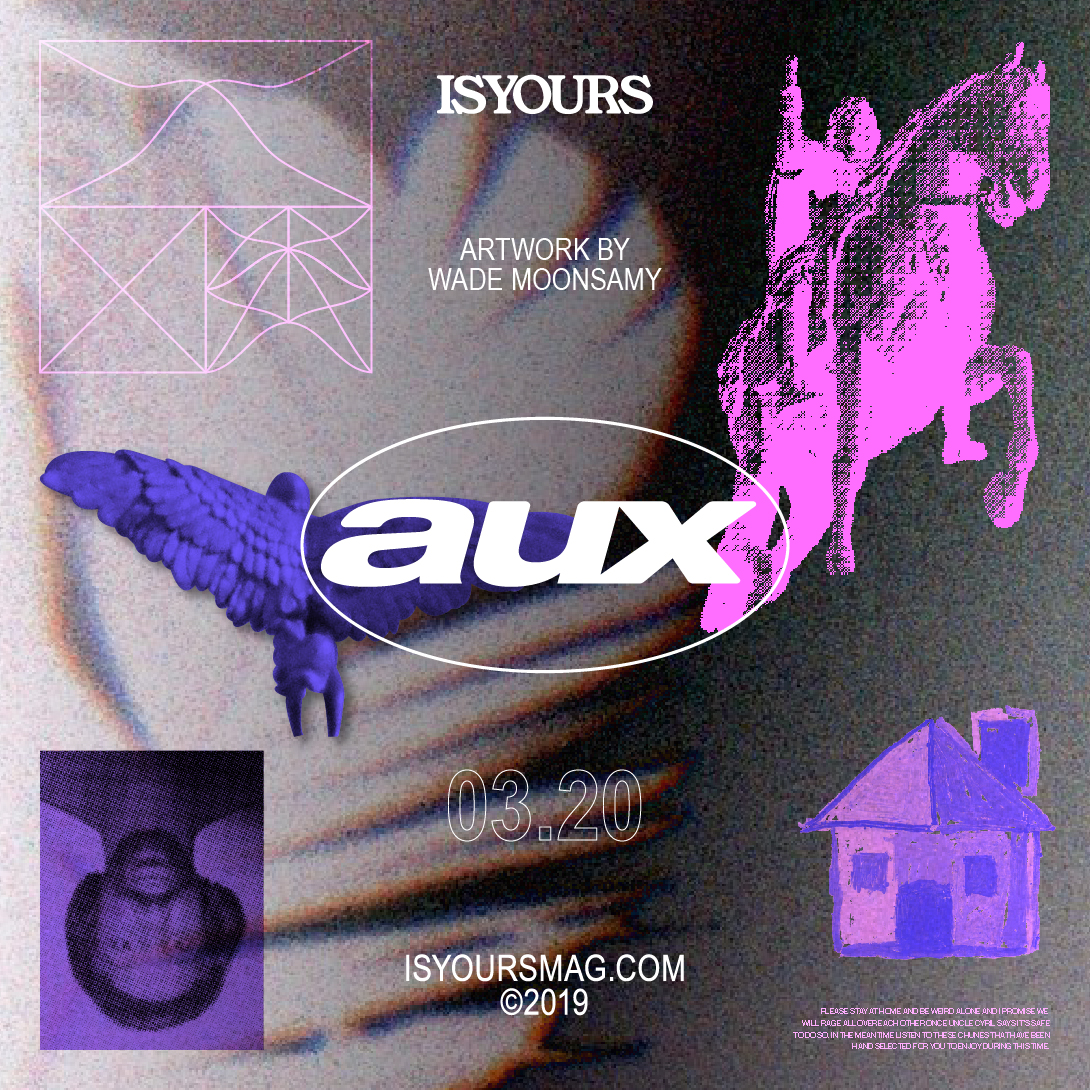 YVES is the New York City model and activist you've probably seen on Instagram. Apart from being an overall good guy, he's also been making music for a while now, a sound he describes as a blend of political pop and sad songs you can dance to. Honey (Take It Easy) is his third release this year, which hopefully means good news for what's to come.

After more than a year of crafting, 2Lee Stark's debut album is complete. The Off Boyz artists has crafted a 4 track EP titled Whip Test. The project was released on 27 March and is 2Lee Stark's fourth EP project leading up to the album release. The lead single - Ban Ban was produced by fellow Off Boyz member Lincoln Long, with the rest of the EP featuring producers Draper, Tsukudu and "The Boys."

Porridge Radio is a 4-piece, post-punk band that started in the bedroom of Dana Marlogin in Brighton, England. The band marries Marlogin'a vicious, furious emotional outpouring with beautiful pop melodies, a combination which has also created an audience of intense sold-out shows across the UK. Their 2020 Every Bad Tour would have seen them fill up more venues across Europe and North America up until October, but for obvious reasons, much of it has been cancelled. However, the brand blessed fans with their new album Every Bad, which came out on 13 March.

Wackavelli is the designer, director and musician from the New York collective Productive Honey born from the internet. The 4-man collective, consisting of other members - Bradbrooks, Kiddiedouchebag!, and ‍Gab, The Sandbox. and keep themselves busy through a culture magazine -Proh Magazine, music, shoots, modelling and more recently, a merch collaboration with The Fader.

Love Sucks is his debut single, which dropped alongside two new singles Made For You and 15 - Bonus.

Brooklyn's King Princess delivers the soulful vocals we've come to love and expect from her in a Deluxe version of her 2020 album Cheap Queen. The deluxe edition features 5 new tracks, none short of the synth production that authentically King Princess.

The Woodz is a Joburg-based artist who matches soul and high production lo-fi beats that take the genre out of it's shady bedroom history straight to our hearts, where it belongs. Influenced by a wide rang of genres, it wouldn't be fare to label The Woodz' new release Propane into "trap-soul" or any of those meaningless new-age terms and genres, yet it perfectly leaves you wondering what to expect next.