For one night only, Aloe Aloe and Red Bull are joining hands to present SBP4, The World of Birds and Femi Koya on Saturday 1 February at the newly renovated Armchair Theatre in Obs (Cape Town). 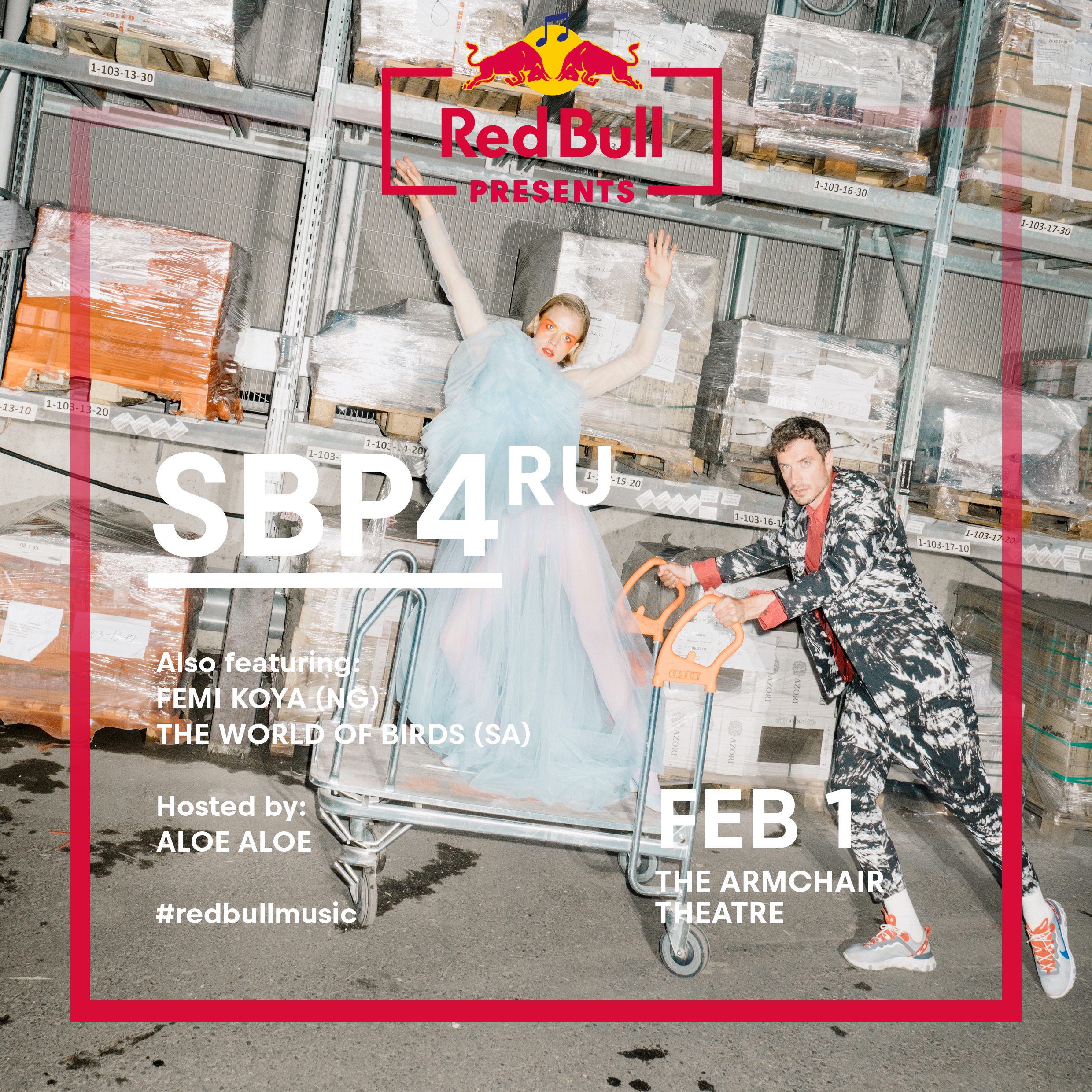 Aloe Aloe the booking and promotions agency behind local talent such as Blaqkongo, Uncool Luke, Queezy and Bye Beneco has joined forces with Red Bull South Africa and Red Bull Russia to host a diverse, cross continental lineup for one night only.

SBP4 are an indie band with a from St. Petersburg, Russia and on the night they’ll be supported by Cape Town locals The World of Birds and Nigeria's Femi Koya.

Early bird tickets are SOLD OUT, pre-sale is R60 here and R80 at the door.

No items found.
No items found.
TRENDING
PARABYL RELEASES HIS THIRD FULL-LENGTH PROJECT - "DISPERSION"
NEO BAEPI'S NOTES ON BLACK BOY JOY
"SINEKHAYA EMDANCEWENI"
Our official playlist featuring new releases, ones to watch artists under the radar and a new illustration from some of our favourites, updated every month. Best enjoyed on shuffle!

To mark the end of the decade, we joined forces with our mates at Heavy Rotation to give Joburgers the end of year party we truly deserved.

OUR ART PICKS FOR THE MONTH

To make things even easier for you, every month we present a quick roundup of art shows, events and exhibitions you should really make time for.